“New Film Japan,” which presents new and talked-about works by leading Japanese filmmakers, is composed of twenty-nine screened works and one installation.
In an era in which we have easy access to high quality media, the popularity of cassette tapes and instant cameras among today’s young people is surely not only because of nostalgia for the past but also because they sense the essential attraction of non-digital media. As is illustrated by There is someone, a work in which we detect mysterious signs in the noise of film that has sunken into blackness with insufficient light, it may be that we have always been pursuing an unidentified body buried in noise. Does having the audacity to create moving images with film even today mean attempting to increase the intellectual capabilities of humanity in the capacity of film media and the ground of extensive emulsion? In THE RAW HILMU / N! DADA (AKA THE RAW FILM / N! DADA), OKUYAMA Jun’ichi pokes holes in raw film to liberate the projector’s light. When this whitely unified noise illuminates the screen, the human heart cannot help dancing.
To search for beauty in what is indistinct is by no means exclusive to analog media. Works such as Hydrangea, in which several overlapping layers of the same background color are expressed as the soft outline of a memory, rotation, which revolves around the sun’s shadow, and AST*RISK, which mocks obscuring mosaic effects, also captivate viewers with visual mysteries steeped in a moving image aesthetic unique to digital media.
What viewers are looking for in a film’s story is an unknown matter. A distinctive looseness becomes habitual in DAIRIKI Takuya and MIURA Takashi’s monologues and HONANE, with question after question drifting languidly into frame. KABUKI Sawako’s frankly erotic animation proves that you don’t have to be logical to be interesting.
There is no photographic subject more subtle or compelling than a human being. The experimental documentaries of KAWANAKA Nobuhiro and OKI Hiroyuki attempt to put the very emotions, memories, and images that float into the minds of human beings on the screen as moving images.
WEARTH OF VIRSION, constructed out of countless pencil drawings created over a period of three years, is a “catalytic movie” whose overwhelming presence awakens the viewer’s mindscape. The person you are looking at on the other side of the screen just might be yourself. 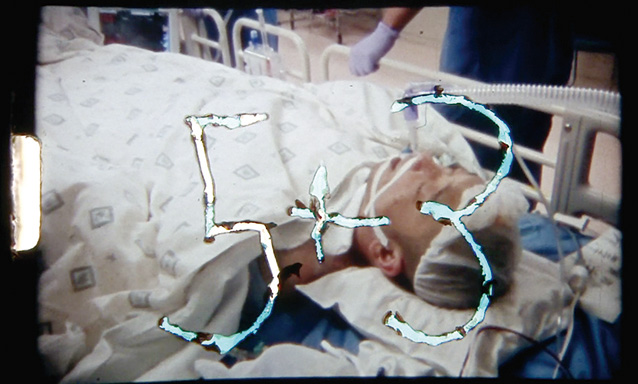