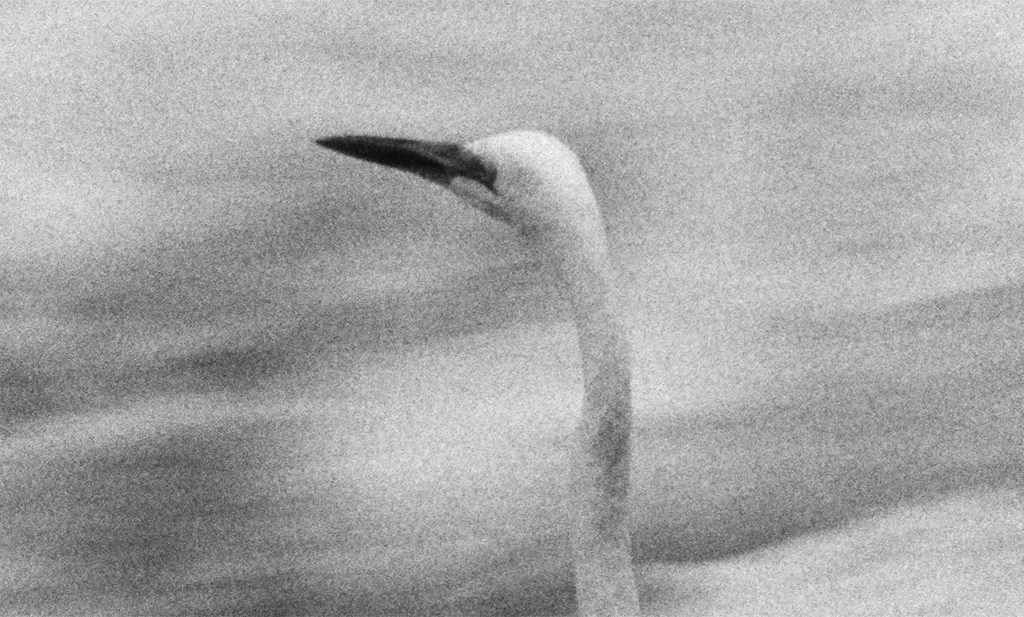 A Japanese philosopher writes a letter to a famous German colleague. He asks the German to advise the Japanese people how to deal with the permeation of modern life by technology.
More than 50 years later, the same issues are being discussed among academics and aspiring engineers. It is hard to grasp how humans and technology continue to coexist.
Resorting to biographical trivia, mythological histories and the recounting of dreams is not helping them to see these issues any clearer. In the grainy images of the film, landscapes from an uncertain time appear, occasionally flooded by water and a cacophony of brass players. The uncontrollable finds its ways into a world that tries to minimise risks and thus creates new dangers.