G8 Film in Shelter / KAWASAKI, JAPAN “Program in Refuge:
Kawasaki City Museum’s “Intersection of Contemporary Music and Film in the 1950s to the 1970s”and Typhoon Hagibis 1”

Part of a 2019 Kawasaki City Museum program that was cancelled because of damage from Typhoon Hagibis is reproduced here at the Image Forum Festival. 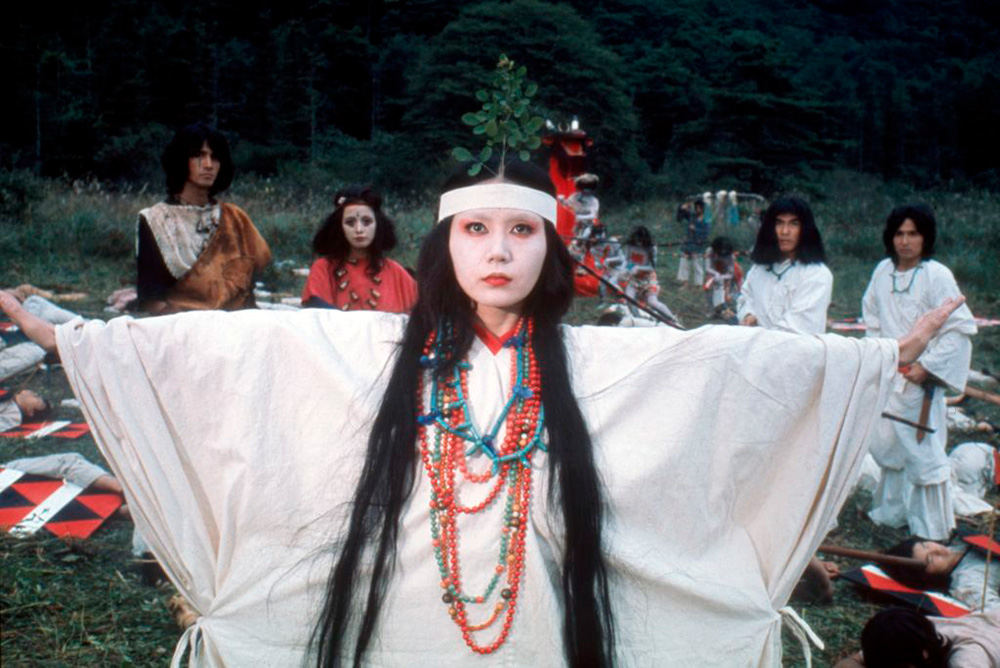 It features the primordial aesthetic consciousness of the Japanese people through the religious struggle between the two forces, the indigenous people and the conquered people, involving Himiko, the queen of the Yamataikoku witch is a mystery of ancient Japanese history. The play incorporates improvisational performances using Japanese instruments, ancient Chinese instruments, and various percus- sion instruments such as seashells, smoothly connecting the sounds and music in the play.

◎There will be a program introduction video by Kanako Nakanishi (Kawasaki City Museum) after the screening.