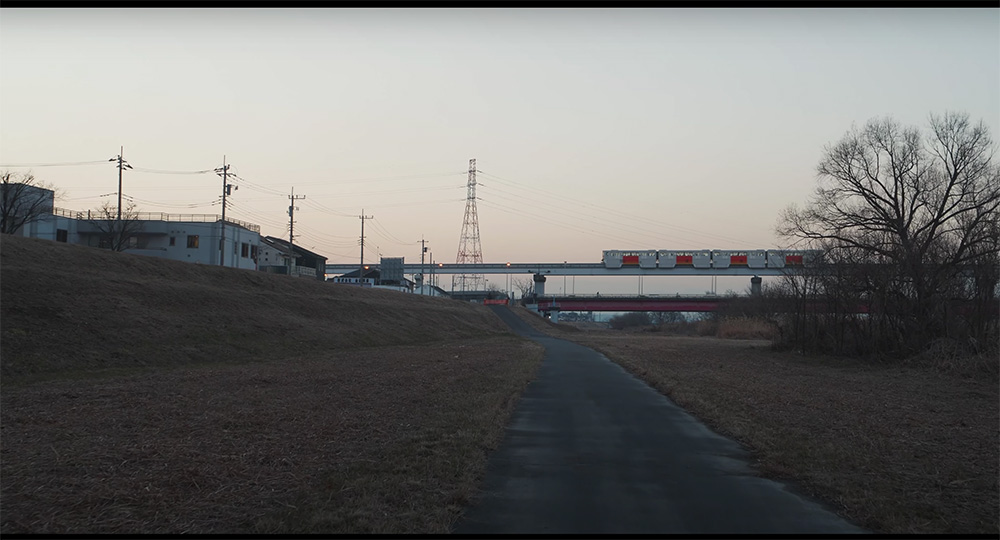 We see a casual exchange of words between a high school girl wandering in a suburban town, a part-time working man she met at a supermarket, and a “friend” who continues to talk while smoking and drinking alcohol in a futon. An incoherent soliloquy narration conveys the elusive thoughts of everyday life. Sporadically inserted landscape shots are effectively utilized and stir emotions.

SUZUKI Ririko
Born in 1999, Tokyo. Currently enrolled in Musashino Art University. She started recording videos and photos since middle school, and in 2017, she made an experimental film, blink. She then became interested in live-action film during college and made Pale Blue Dot (2020), and Between hate & like (2021). She observes her sensing/feelings in the working process which leads to her works pursuing the human inner nature. 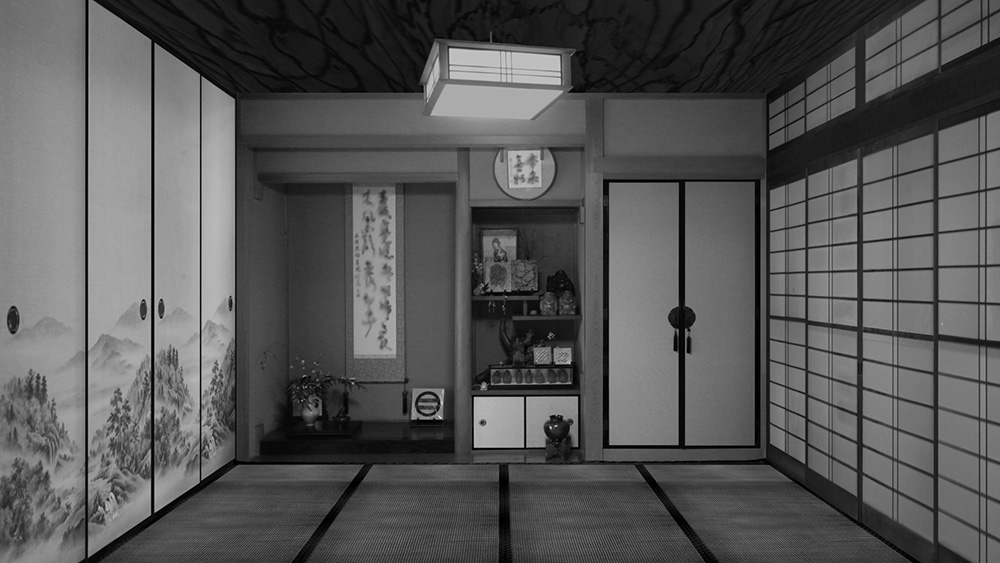 Kids behind the doors

There is a vague feeling that something permeates a Japanese-style room (washitsu). Someone is calling from behind the obscured sliding doors (fusuma). Deserted ridges, vacant houses lined up … A collage animation of photographs and real footage, in which nostalgic, yet strange and eerie rural landscapes follow successively in a repetitive and encapsulating manner.

NISHIO Akino
Born in Gifu prefecture, Japan, 1998. She creates visual collages with stills and moving images. During college, she made a film, escape (2019) which showed at the 1030th Image Forum Cinematheque: Young Perspective 2020. 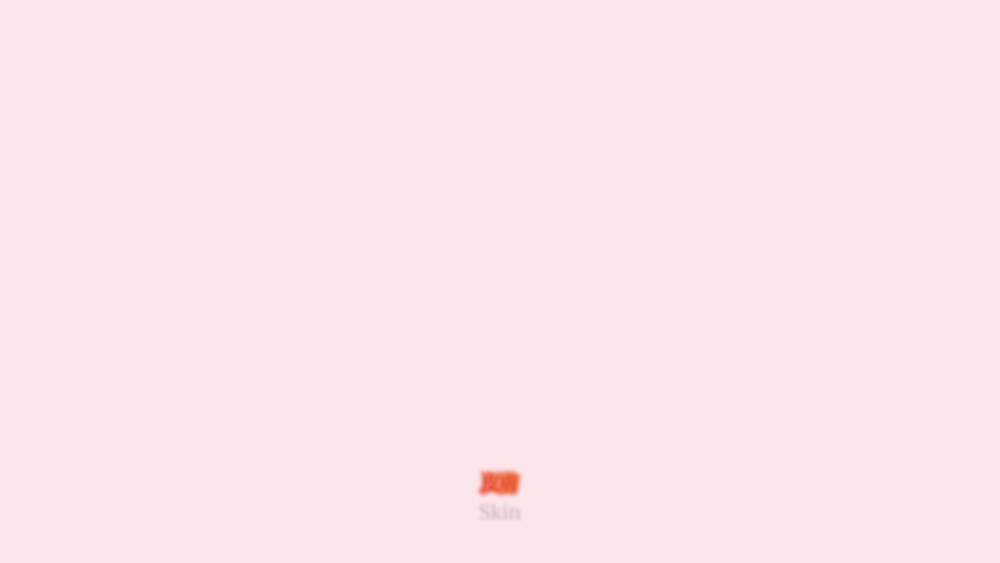 The author presents a record of a pedestrian bridge and its immediate vicinity, filmed from August 2019 to January 2021. More than being just a bridge, this was the symbol of Hong Kong’s pro-democracy movement. In addition to the internet, people used public physical spaces such as walls and pillars as a place of communication ― in opposition to the regulated mainstream media. Various messages recorded in this work rapidly transform into digital ‘memory’. This emotional essay film conveys the current state of affairs in Hong Kong, where the increasingly dire and pressing situation arouses a poignant sentiment.

YAN Wai Yin
YAN Wai Yin (b.1994) works and lives in Hong Kong. Yan excels at the juxtaposition and insertion of literary texts in narratives. Through shifting personal observations and the temporal, emotional distance in different texts, Yan inscribes quotidian fragments of memories lingering in space and objects. 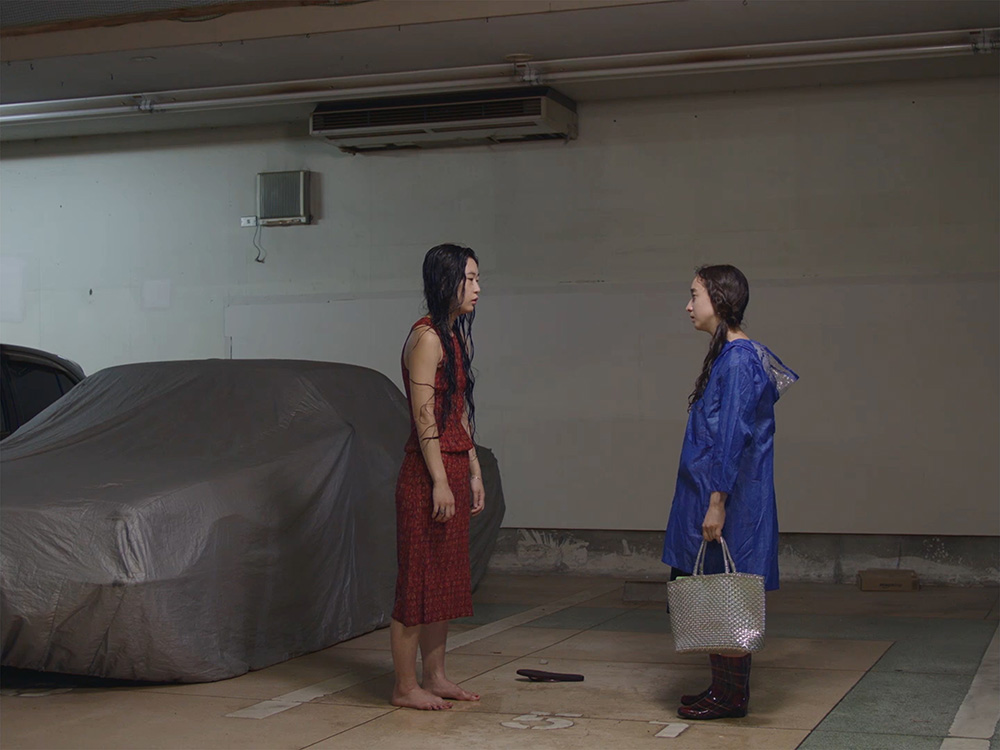 Although this work faithfully visualizes the novel written under the same title by YOSHIMOTO Banana, its expression is brimming with experimental spirit. What we see is a unique love story about a novelist who committed suicide and his children, depicted in the bright summer light. This is an impressive “silent” movie with emotions expressed in a subtle and tranquil manner, made in a unique style in which dialogues are subtitled and placed against the background of ambient sounds and noise music.

Lisa SPILLIAERT
Lisa Spilliaert (1990, Tokyo) grew up in Japan and Belgium. Her fascination for genealogy and the constant shifting between her cultural backgrounds are recurring motifs in her autobiographically inspired work.