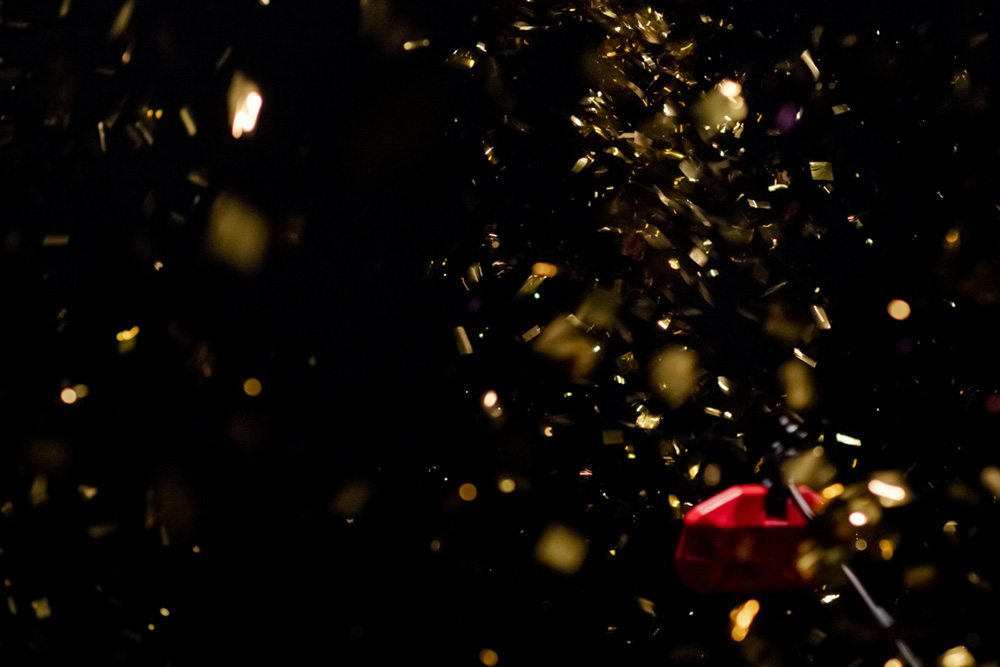 Samson YOUNG ― a world-renowned sound artist from Hong Kong ― presents cinematic work based on his action/performance created during his residence at Kenninji Temple in Kyoto. His performance, which reinterprets the meaning of sound and space, was recorded, edited, and reproduced, creating a cinematic and musical narrative that transcends the limits of documenting reality. 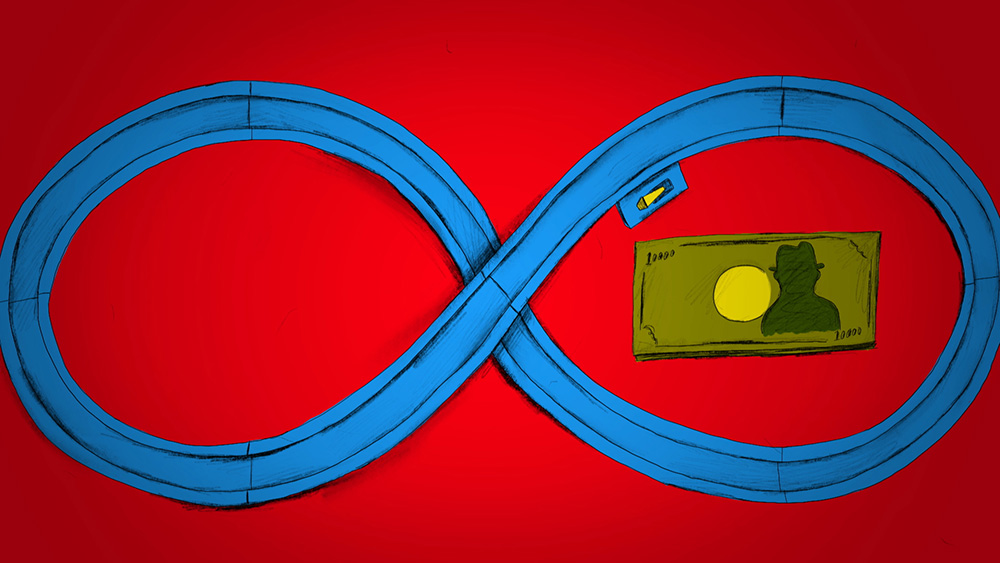 This drawing animation depicts an unfolding surrealistic scene from a conundrum of everyday life. We see a boy wearing sunglasses and cross marks over his eyes playing with toy trains on a red table. For some reason, a stack of banknotes is present there, and the boy picks them up, holding them like cards. A dog barks, a toy freight train carries the stuffed dog toy. All of a sudden, it turns into a skeleton …

KIM Hakhyun
KIM (Born in 1982, Seoul, Korea) finished the animation course of Tokyo University of the Arts Graduate School of Film and New Media in 2013. KIM currently works as an assistant professor at Tokyo Polytechnic University Faculty of the Arts Animation Course. His works include Greeum (2010), Awaiting (2011), MAZEKING (2012) and Jungle Taxi (2016). 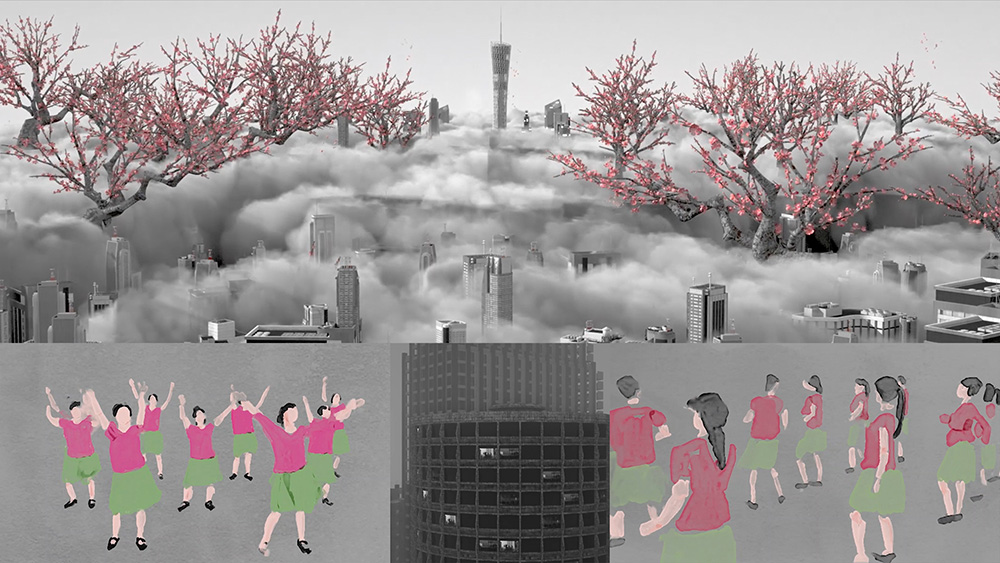 Return to the Peach Blossom Wonderland

In an ancient Chinese fable from approximately 1600 years ago, “The Peach Blossom Spring” (桃花源記), a utopian world is described as having “neatly arranged residences.” Is today’s modernized China similar to this imaginary utopia? In this painstakingly made piece of work, conceived in a cartoon-like manner with a touch of black and white watercolor, a three-screen multi-image reveals various modes of living in a skyscraper. This work received the Grand Jury Prize as the Best Animated Short at
the 2021 Slamdance Film Festival.

HUANG Yue
An inter-media artist who graduated from the Cross-Media Studio of Guangzhou Academy of Fine Arts in 2020. His works focus on moving images, installations and media art, and explore the relationship between media and contemporary life.

LUO Yuchao
A new media artist who graduated from Guangzhou Academy of Fine Arts in 2020. His work is devoted to exploring the relationship between people, cities, nature and technology through moving images, interactive experiences and installations.

HAOMIN Peng
An independent animation director and new media artist. In 2021, He received his BFA degree from School of the Art Institute of Chicago, where he was awarded Barbara Zenner Award for outstanding New Artist in Film, Video, New Media & Animation. His work has been screened at a number of festivals and exhibitions including Slamdance Film Festival (with a Grand Jury Prize), GLAS Animation Festival, Feinaki Beijing Animation Week. 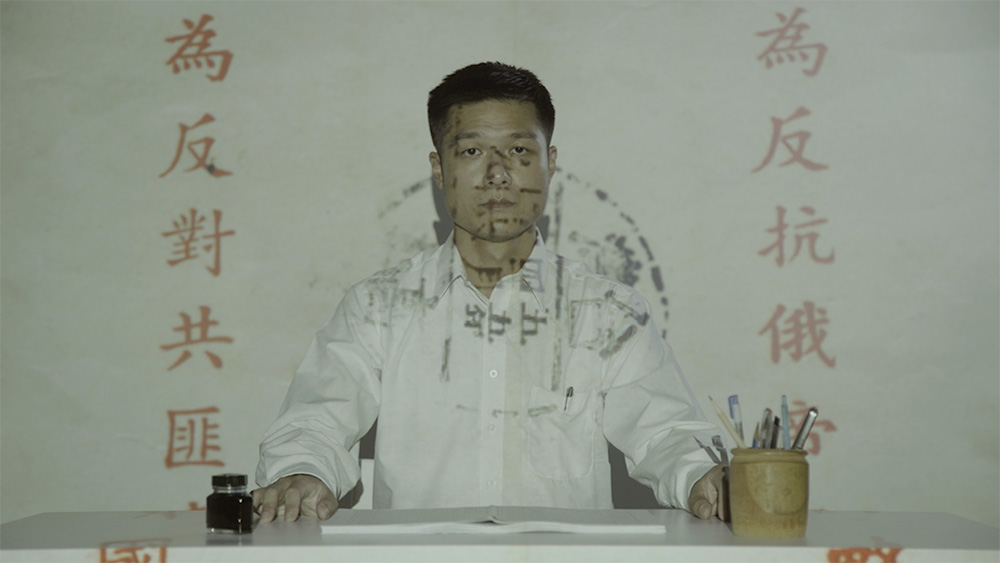 K’s room–the creation and destruction of the world

Ke Qi-hua, the author of “New English Grammar” read aloud in the film, is said to have been imprisoned many times in Taiwan under martial law, suspected of being a dissident intellectual. A “room” is a metaphor for his mental state, and the monotonous English sentences being pronounced are followed by a collage of recorded images and letters sent from prison to his family ― cinematically recreating the spatial and temporal experiences of his life.

HUNG Wei-Lin
HUNG Wei-Lin is an independent video artist graduated from ESEC, France (École supérieure d’études cinématographiques). Once worked as a TV screenplay writer, a TV program manager, and a film marketing specialist, now she focuses on film innovations and screenplay writings, attempting to make voices of the histories hidden and of the memories forgotten throughout time. 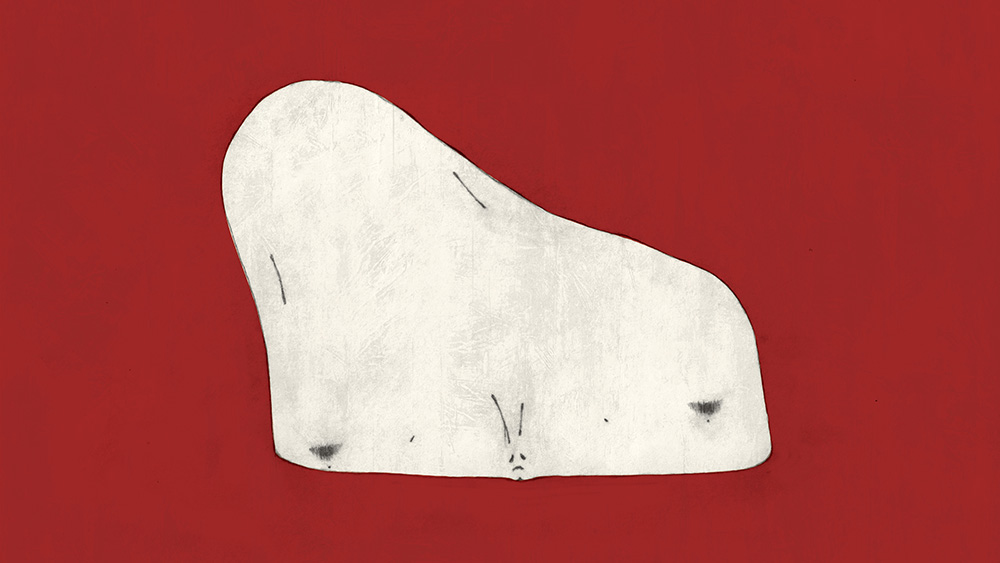 Two unusual characters, resembling a parent and a child, are wandering around. Doors and boxes reminiscent of elevators are effectively incorporated, the space is transforming, and ritual movements repeat on this journey without an end. “Parallax” is symbolically represented. One mystery follows another – and the pleasant composition progresses attractively. You can truly feel the charm of an animation that speaks using “pictures and movements.”

NOVE Hayato
He started working on his animation films in 2007 and has made Caterpillar (2013) and Affordance (2016) which was screened at several film festivals including the past Image Forum Festival.