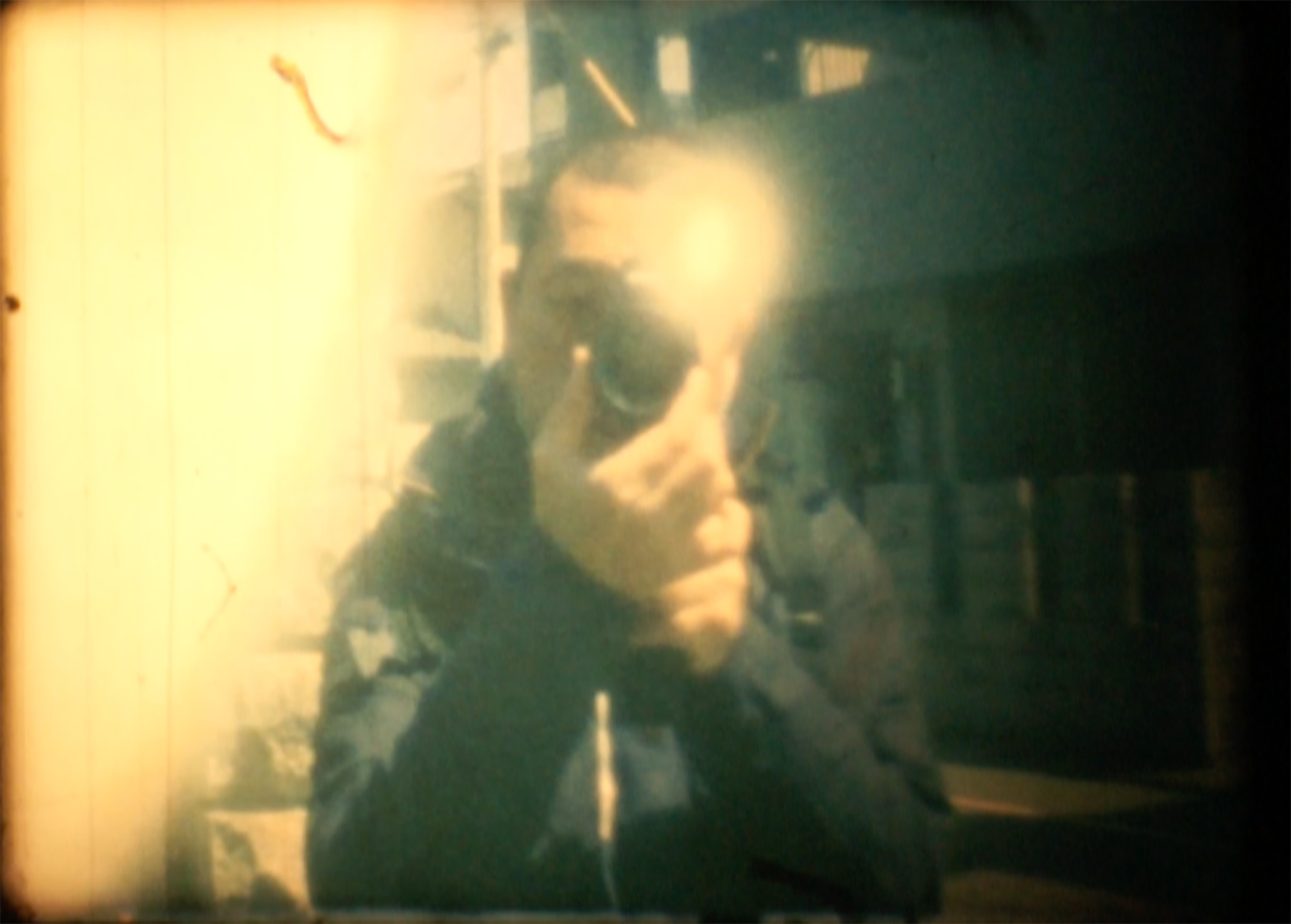 Shooting started with the camera pointed at the sunset visible from the window of my house and continued until the available 8 mm film had all been used. Sound recorded on a magnetic material applied to the film at the same time as the images is mixed with sound from a cassette tape during the screening. The projectionist also calls out to the audience from time to time. This is a ceremony in which the original form changes, and a continuously deconstructed “film” is brought to the theater once again. (MURAKAMI Kenji)