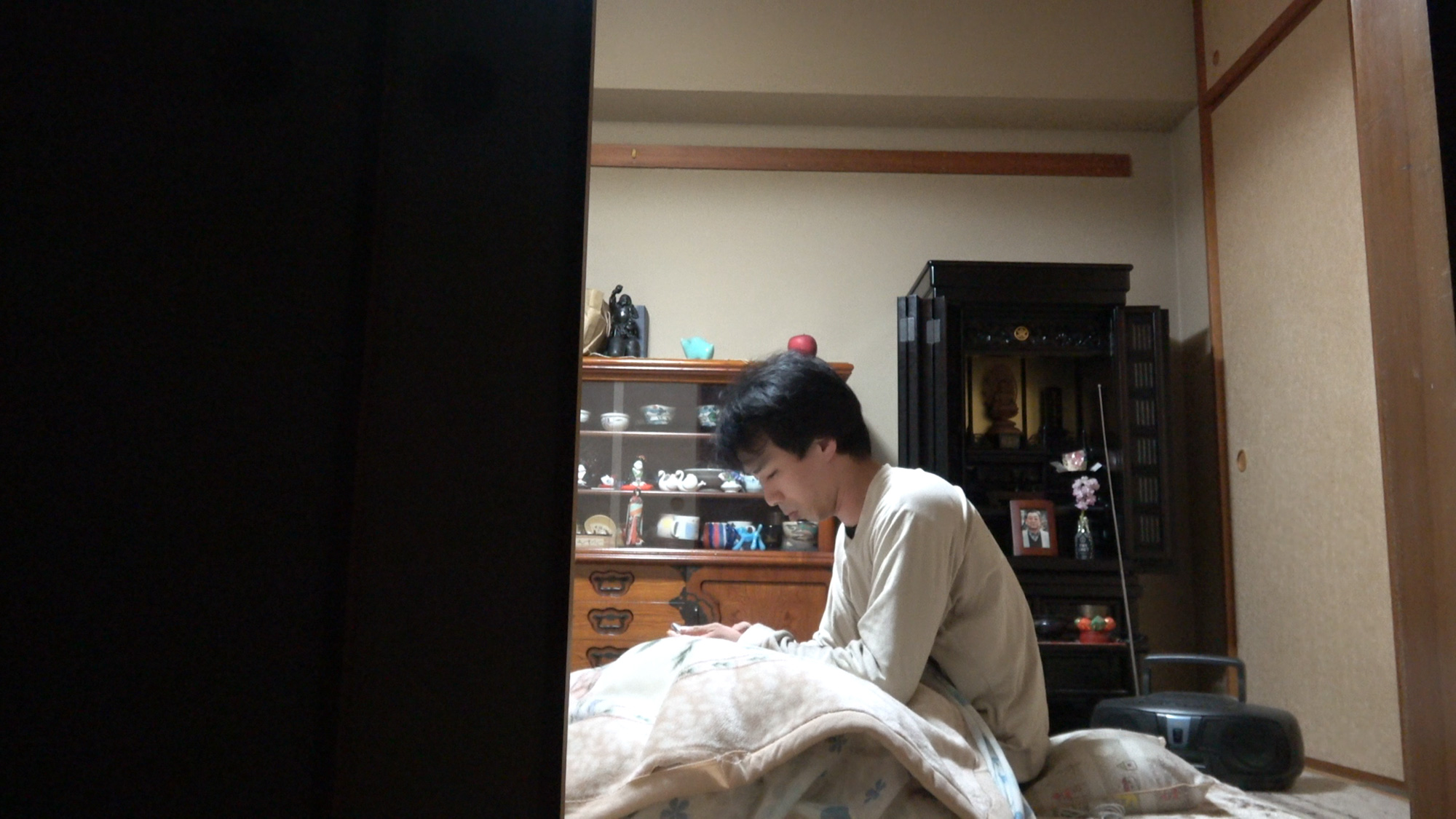 If“ I” come home late and take a shower and come out naked, or if I take it out on my bad friend “Matsuda” in the morning because I’m pissed off at him for being so cool,“ Mommy” will be totally fine. She snores loud and sleeps good, and dances in the altar room. What’s the difference between that and my own business? A movie-boy’s fantasy involving his beloved mother and his rotten cine-friend turns into a “red ball” and implodes his brain. (YAJIMACHI Satoshi) 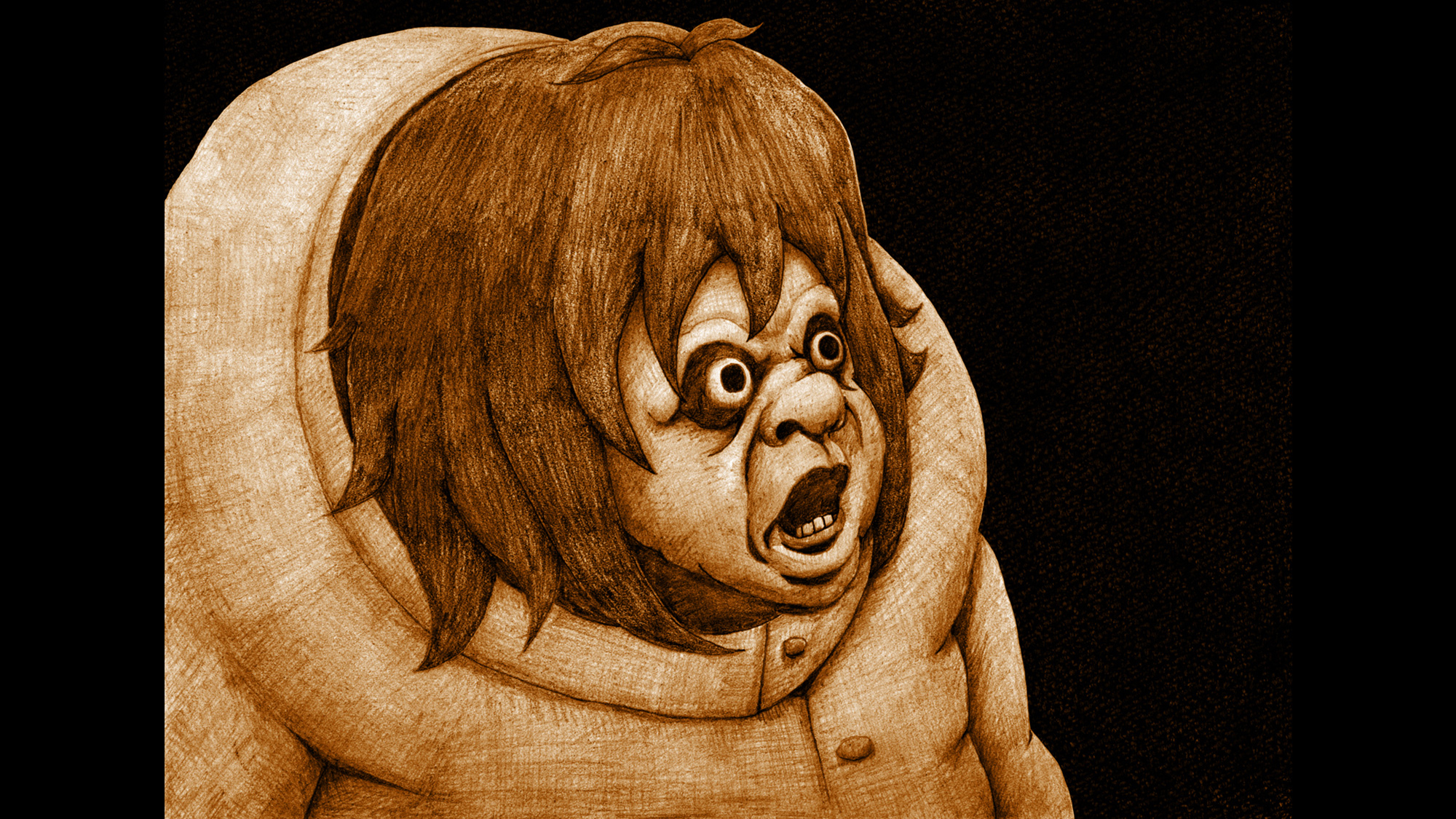 An ugly looking man is being oppressed, then betrayed by the woman he fell in love with, and in desperation seeks God. The usual, ancient setup! However, one cannot be unimpressed by the persistence to depict the “ugliness” with so much care. Especially the kissing scene in the middle of the story is extremely upsetting. The author amplifies the personalities of the four ugly characters to the maximum, and then the opposite, God, in its purist form, rises. Is this God a piece of art? (YAJIMACHI Satoshi) 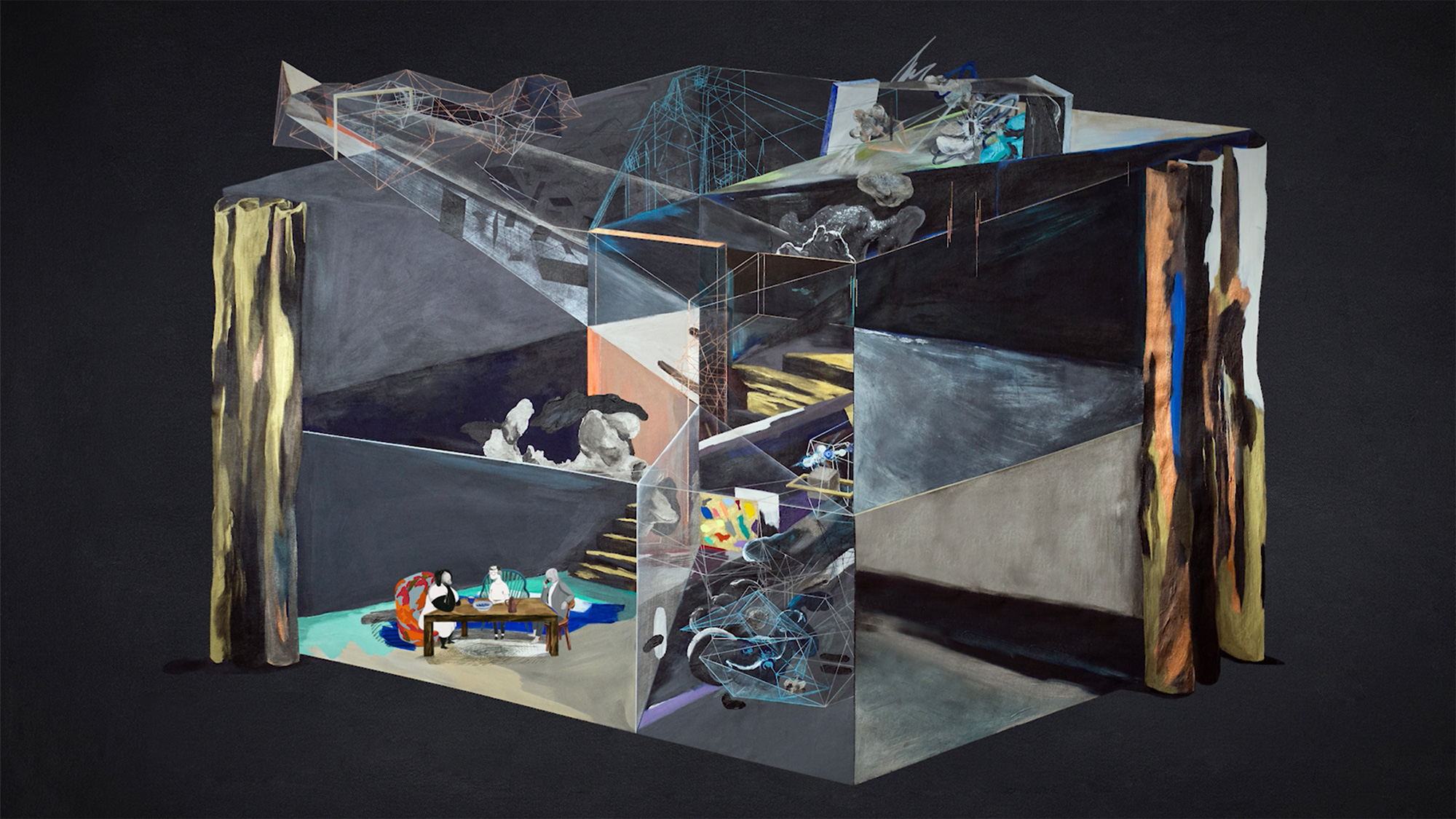 While combining various animating techniques, this animated work has a unique worldview, like an Escher painting by André Breton. The distant view of the building like a distorted cube is followed by close-ups of the people who inhabit it. The people’s reality, fantasy and delusion (ink gushing from their mouths, a building that is both home and ocean, a building eroded by letters, etc.) intersect and expand. (YASUZAWA Hideta) 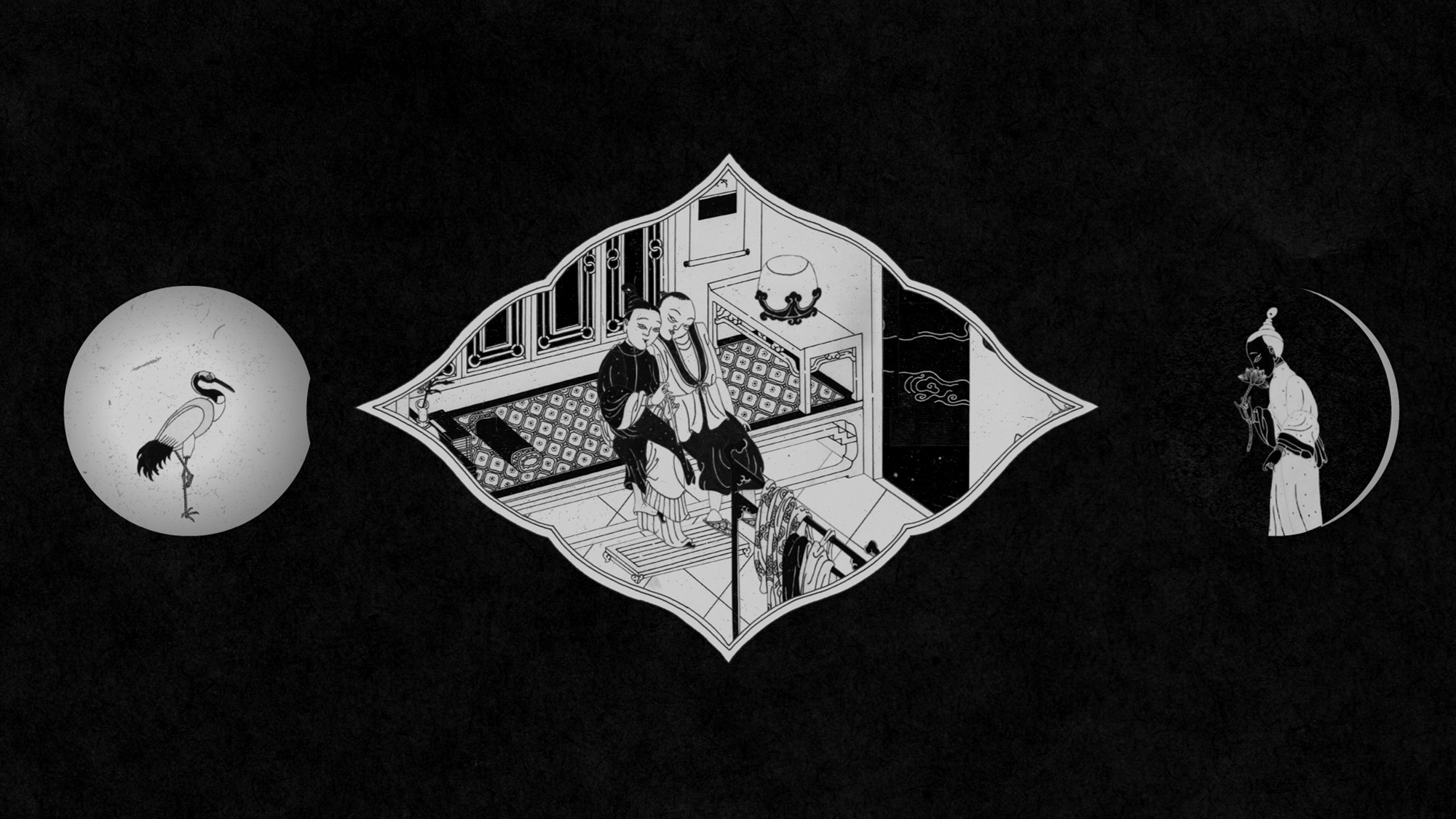 A shifty man walks from one woman’s bedroom to another. But oddly enough, all the rooms are built the same. Outside is a jet-black darkness like the universe. We can’t even recognize our own position, where we’ve been peeking through a small window to see the whole thing. This is a place where the moon’s waxing and waning can be seen and where yin and yang meet. The faint blinking of the screen synergizes with the chattering noise and the echoes of the old harp, shivers, and pleasure loops through. (YAJIMACHI Satoshi) 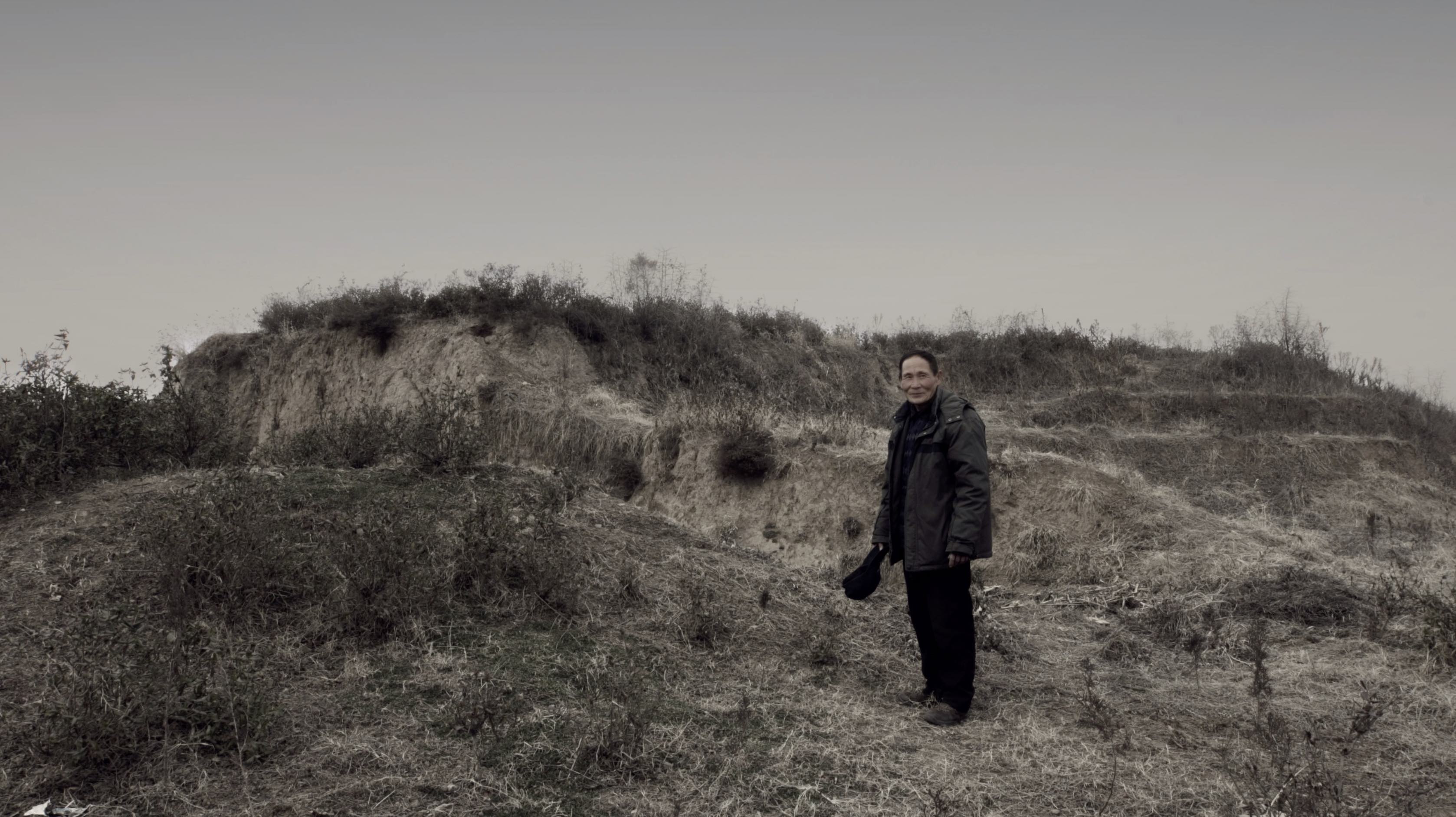 Evoked by an ancient Chinese sarcophagus on display at the University of Pennsylvania Museum of Archaeology and Anthropology in 2019, this is a journey of images colored by a serene present landscape that travels backward in geography (from the eastern United States through Qingdao and the Liaodong Peninsula to the excavation site) and time (from modern to ancient history) to the Shandong province where the artifacts were excavated. (YASUZAWA Hideta)