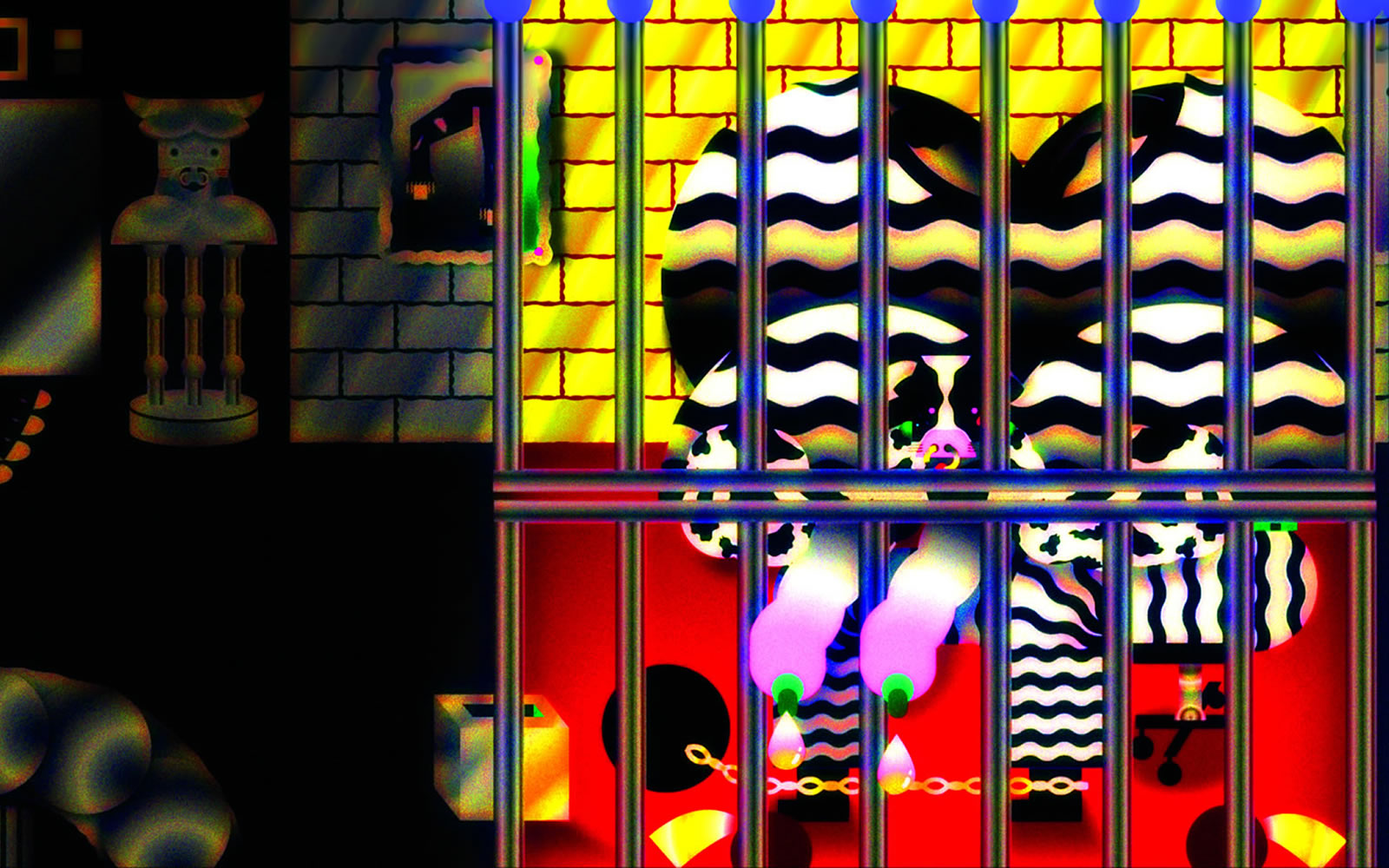 WONG Ping crosses the film festival/art exhibition border with his depiction of bloated desire with pop colors and low-tech electronic sounds. His second film, following Fables 1, is a CG animation of a dystopian world consisting of two stories. The series of upheavals in Hong Kong including the democratization protests, the current corona crisis, and the enforcement of the National Security Law, brewed this cynical allegory and grotesque humor. “This one is for the children,” states the filmmaker himself. (SAWA Takashi) 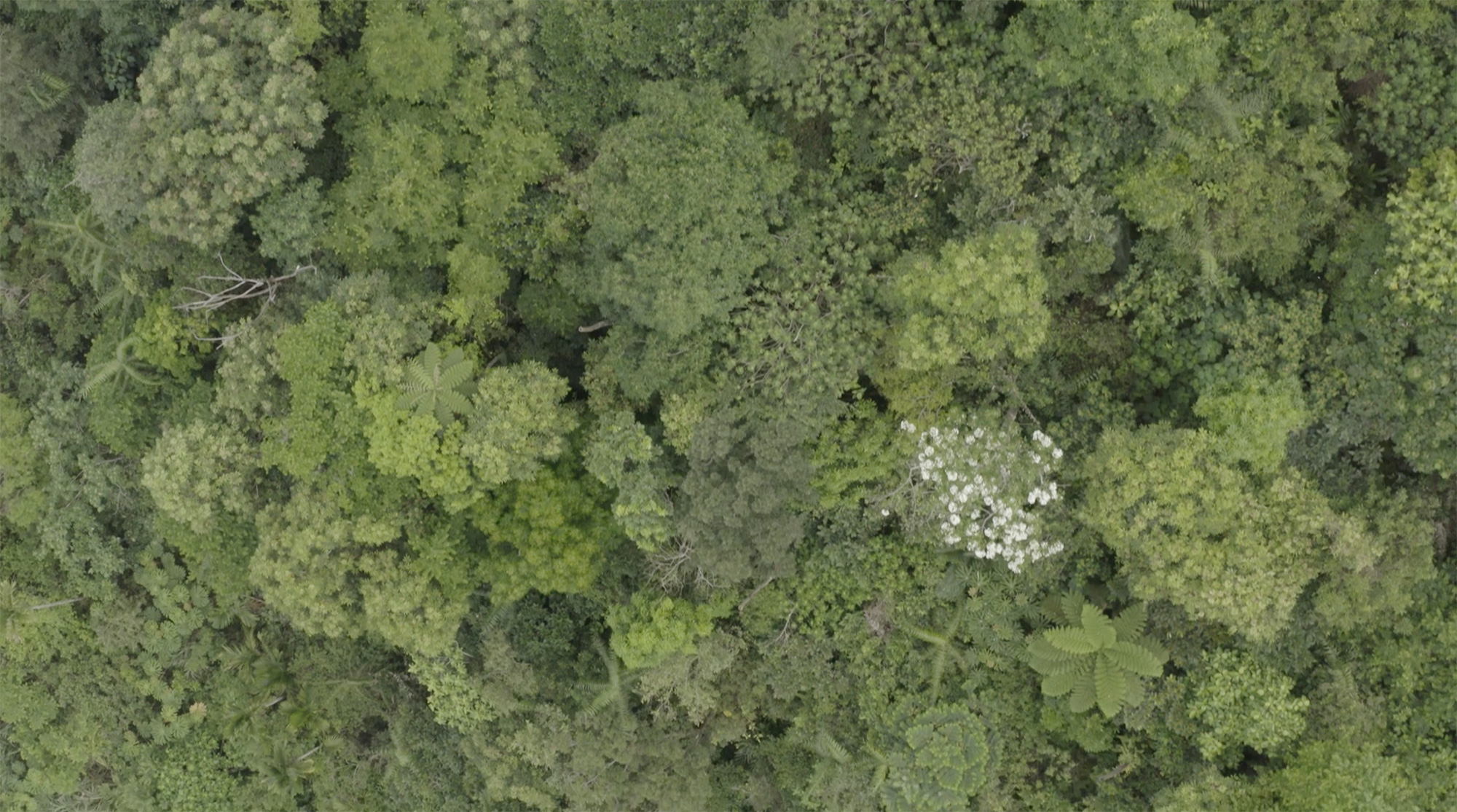 An old man and a child meet on the beach. The child scoops seawater and pours it into a hole dug in the sand. Perhaps a metaphor for the divine gaze, the film is consistently depicted from above using a drone, starting with the enigmatic opening scene. Eventually the camera moves from the sea to the mountains. A single cut of tense footage continues to hold the audience’s attention. The film’s minimalist approach and bold, enigmatic structure leaves a deep impression. (KADOWAKI Kenji) 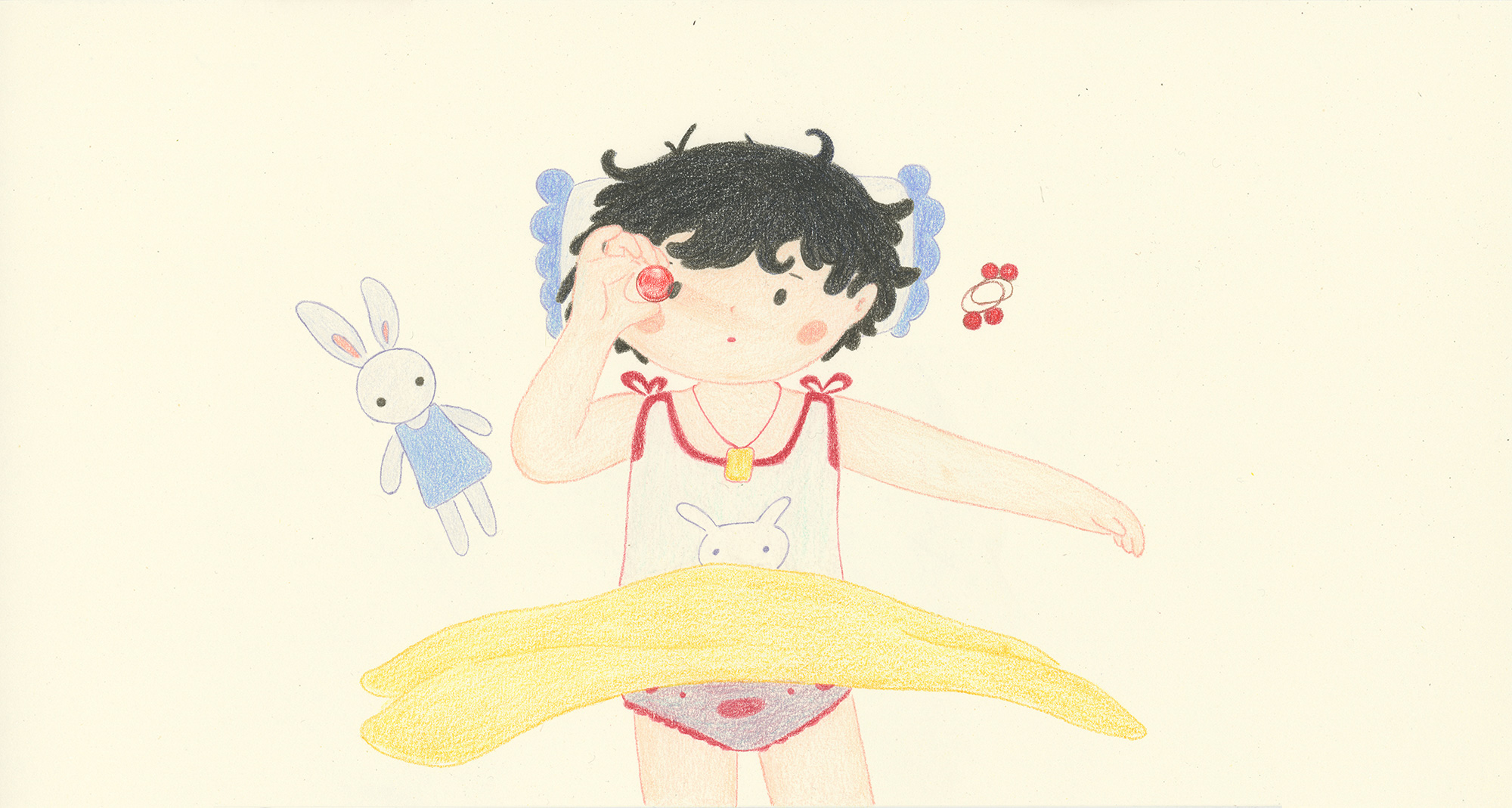 The story is told in a perfect combination of spoken language and watercolor illustrations of a young girl. It follows the format of a traditional picture book, but the story told here is not quite as heartwarming. She is sexually abused by my her own grandfather… This untold secret turns into a conflict between a teddy bear, a rabbit, and a zombie that she saw on TV, when she was still too young to differentiate between dreams and reality. (NAKAJIMA Takashi) 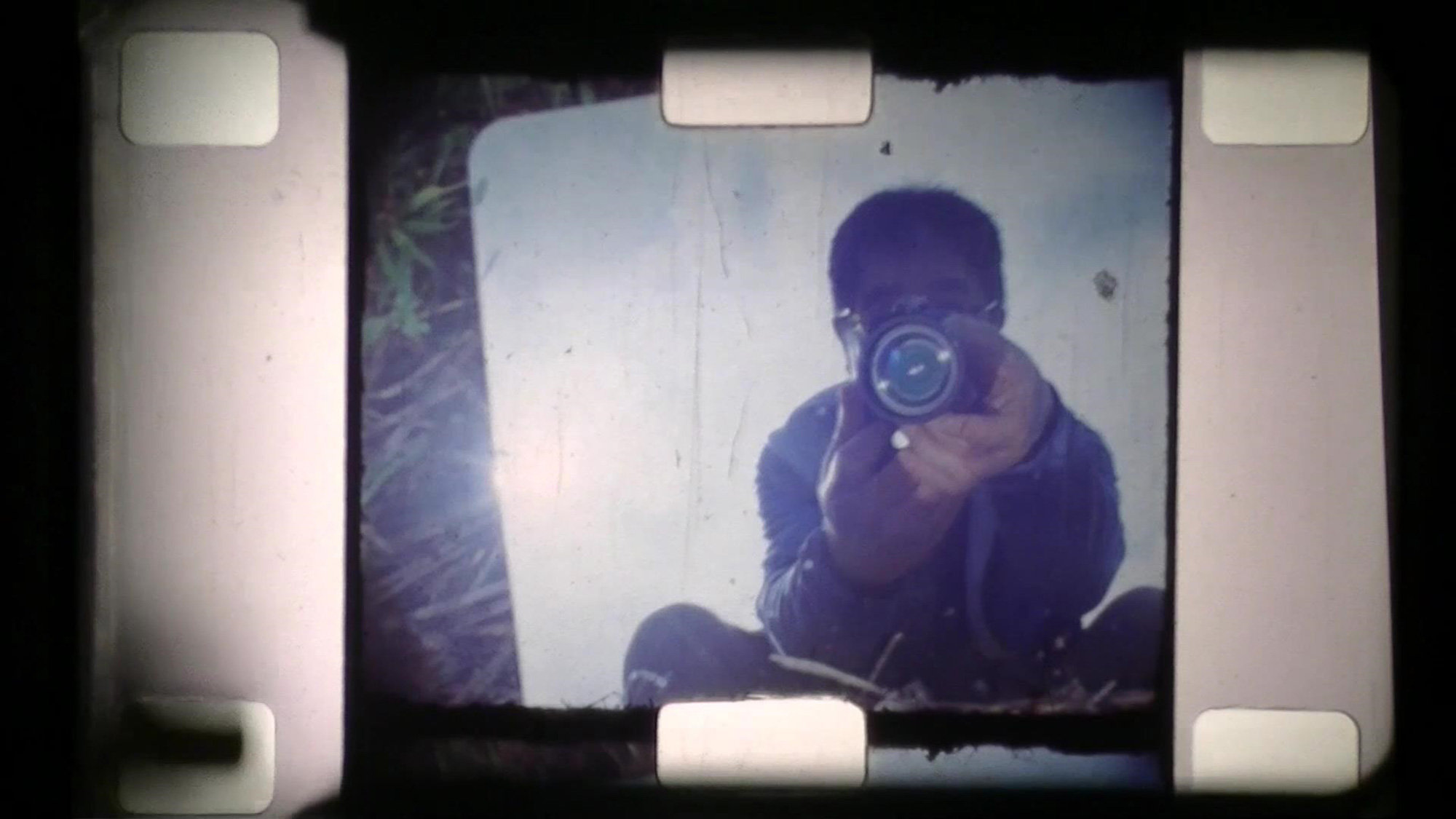 When the 9.5mm camera “Pathe Baby,” first sold in France in 1923, went on sale in Japan the following year, it became popular under the nickname “Kumiri-han,” and was the vogue for small films of the pre-war era. OKUYAMA Junichi, always fascinated by film as a material, asks questions and experiments with various perspectives and tricks to address his thoughts on the 9.5 mm films of the past. (MURAYAMA Kyoichiro) 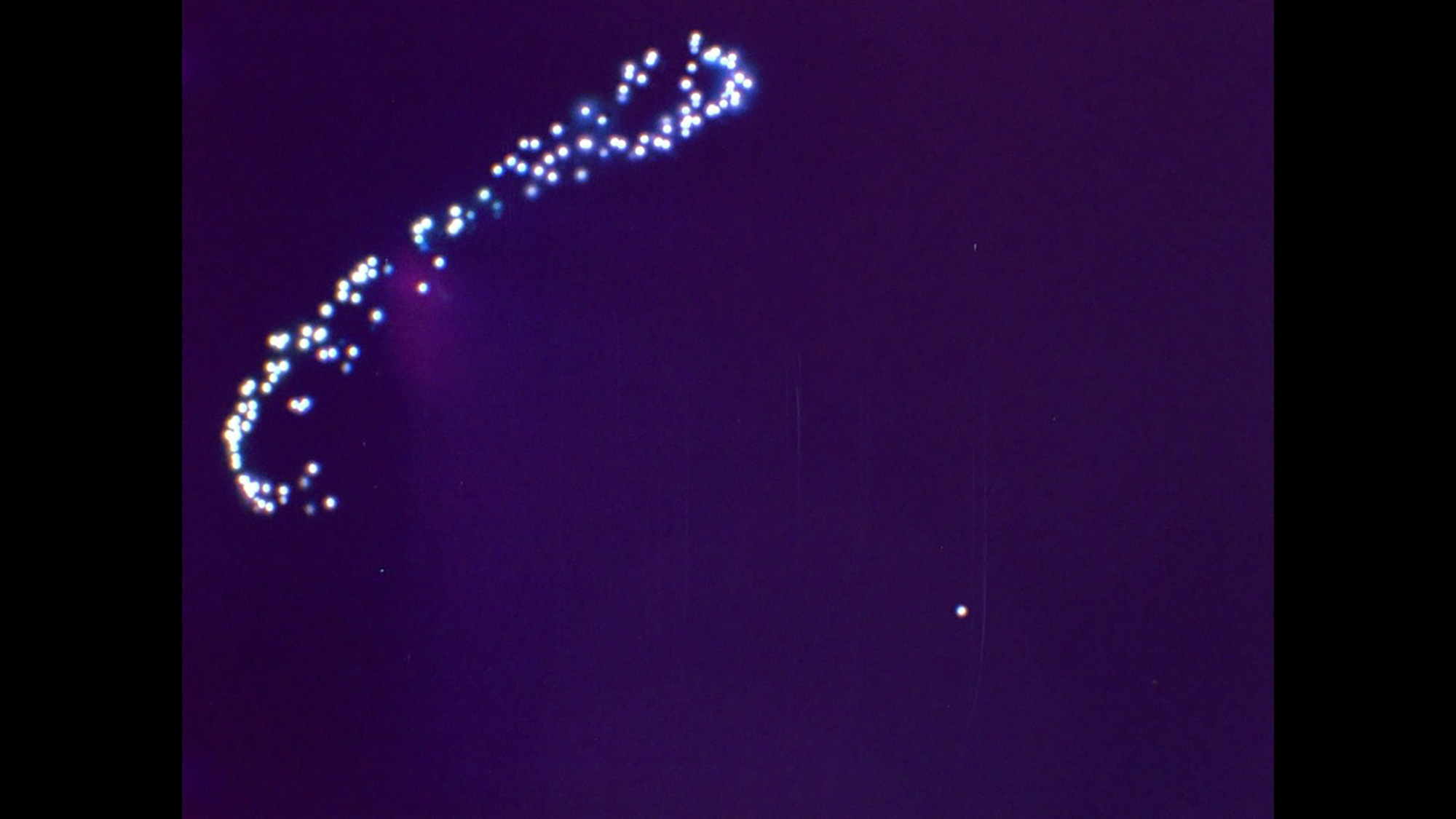 Thirteen-second interval shots, multiple exposures, fixed point observations of celestial objects, 16mm film, and the five years of time, consisting half of my thirties. Should I say that it is a beautiful anachronism of 21st century heliography? Should it be a solitary sun worship that manifests the poetics of light that has become history? In the middle of the film lies unforgettable colors and sounds, where the moment of“ loss of consciousness” intersects with the moment of “return to consciousness.” (MA Jungyeon)