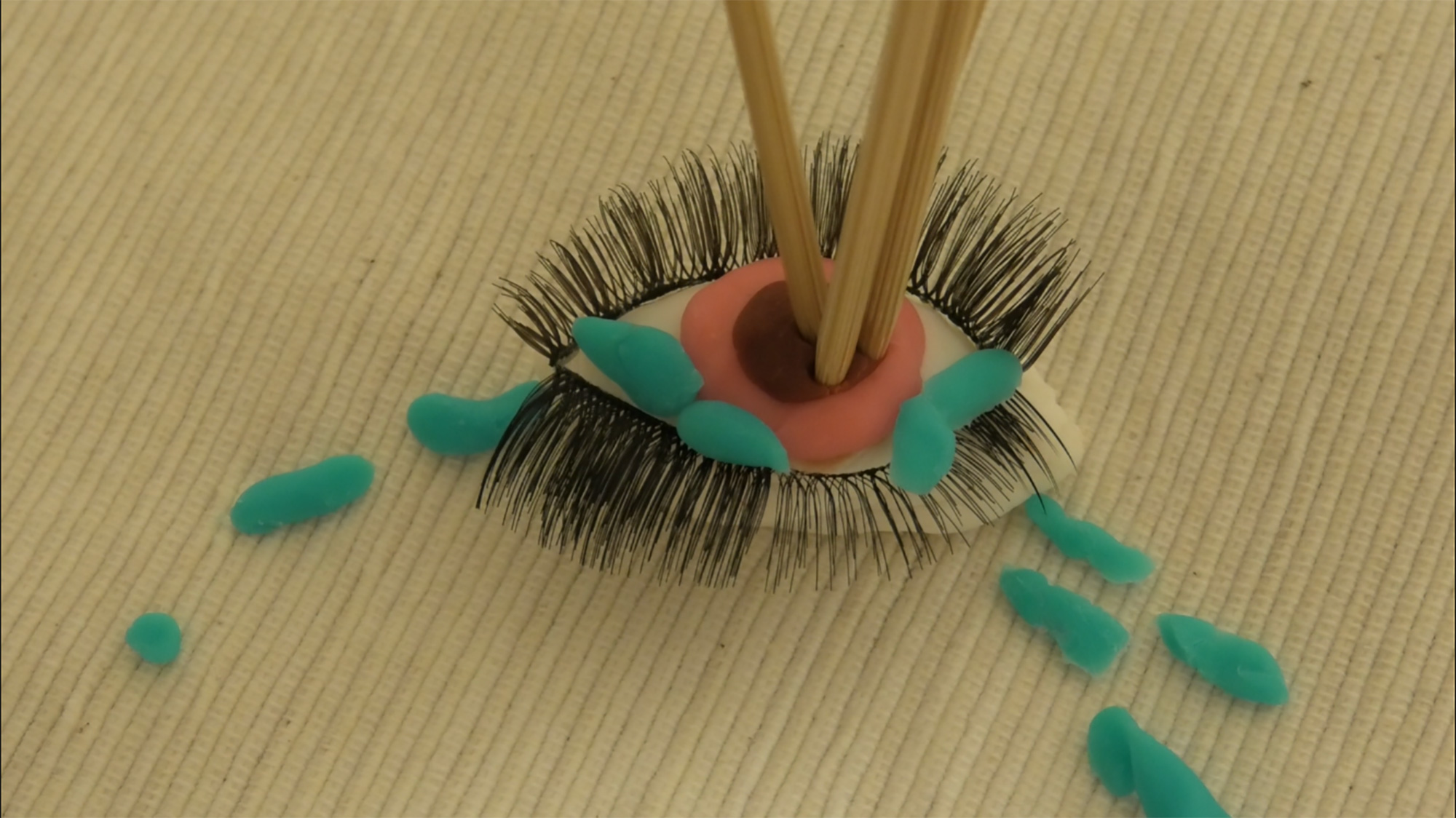 ‘I might go blind, but I decided to enjoy the moment to the fullest.’ The opening shot of a residential area in the morning mist starts the film with a bang. The filmmaker, who suffers from a progressive eye disease, uses handicrafts and foodstuffs to recreate her own vision and to express current events. In the age of COVID-19, people around the world are aware of their disease and are searching for ways to live with it. This film presents a point of view that is far different from the usual“ disease movies.”（SAWA Takashi） 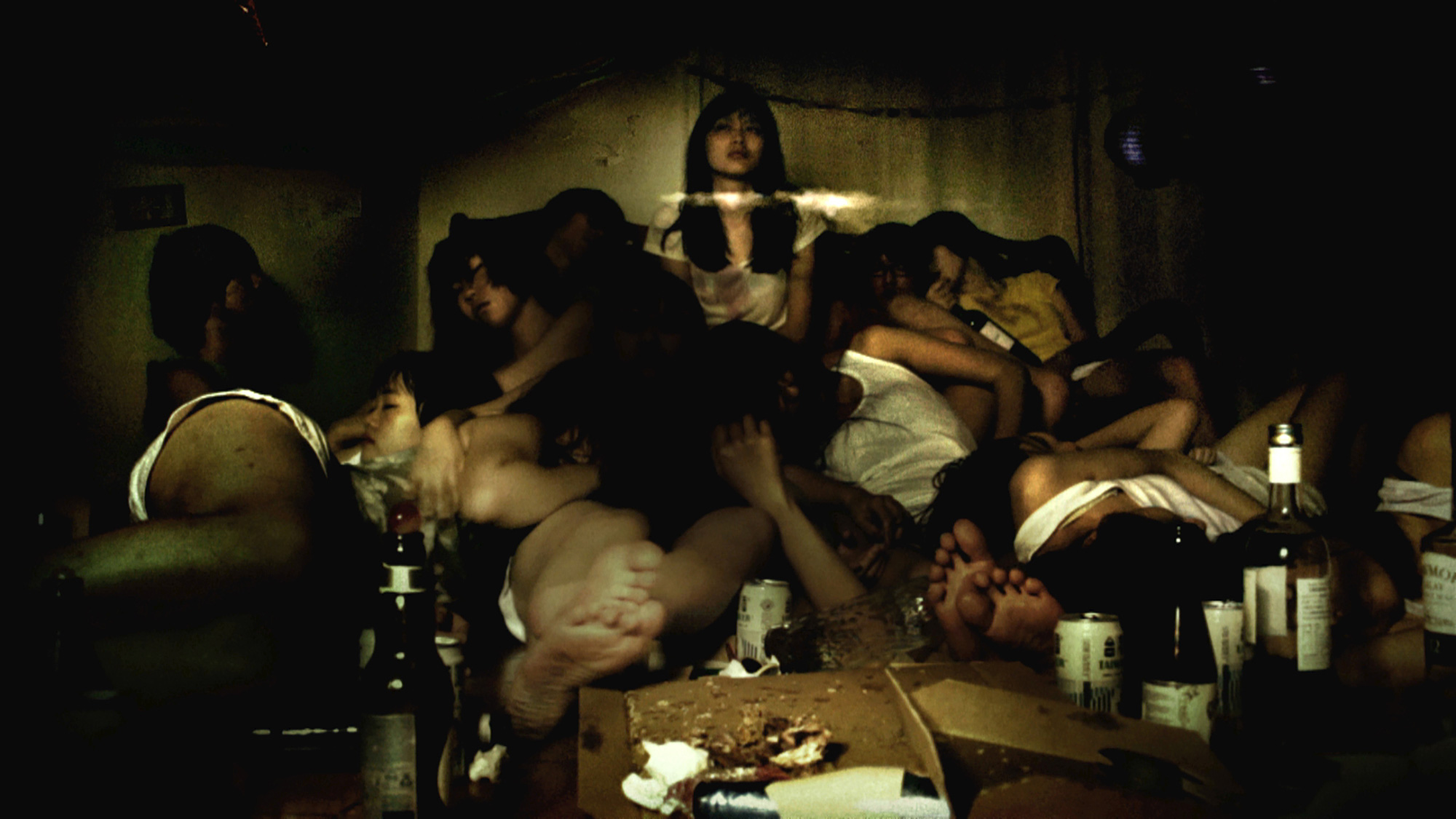 Series of everyday fragments evoke a story. Empty liquor bottles and cans scattered. At least 20 young men and women are sleeping in a room, almost stacking on top of one another, just like sardines in a can. Some of them are moving their limbs. A man and a woman awaken and embrace each other, but the woman’s face seems exhausted and is staringintothevoid…. Whatmightshebelookinginto? （IKEDAHiroyuki） 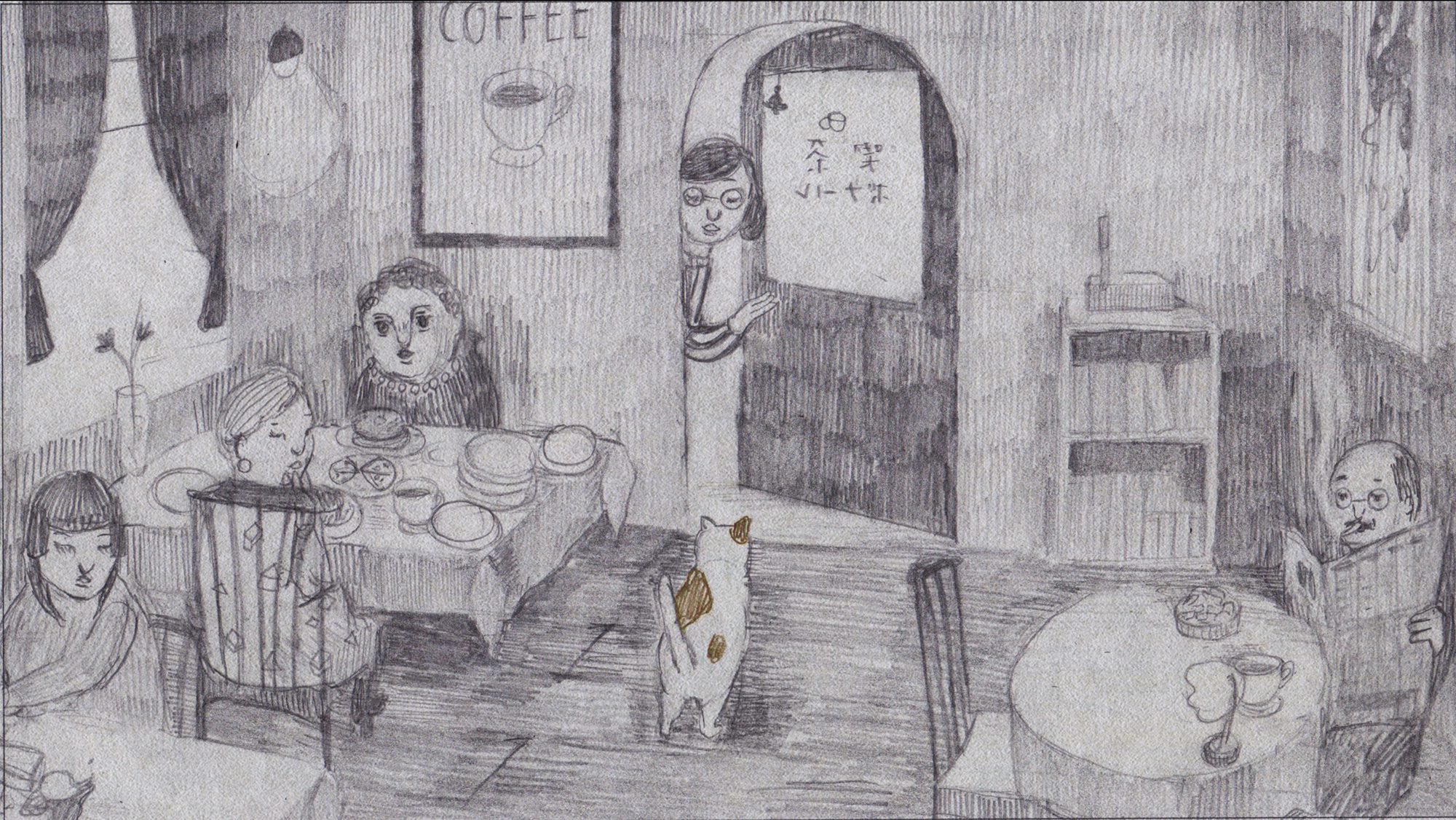 Difference and Repetition and Coffee

This is an animated pencil drawing of a day in the life of a small coffee shop, drawn by a series of circular motions. As the camera pans around, only a portion of the shop appears on screen at any given time. The use of this camera movement to manipulate time without the use of cutting or fast-forwarding is simply brilliant. The characters’ cuteness and humor are also part of the charm of this work. (OYAMA Kei) 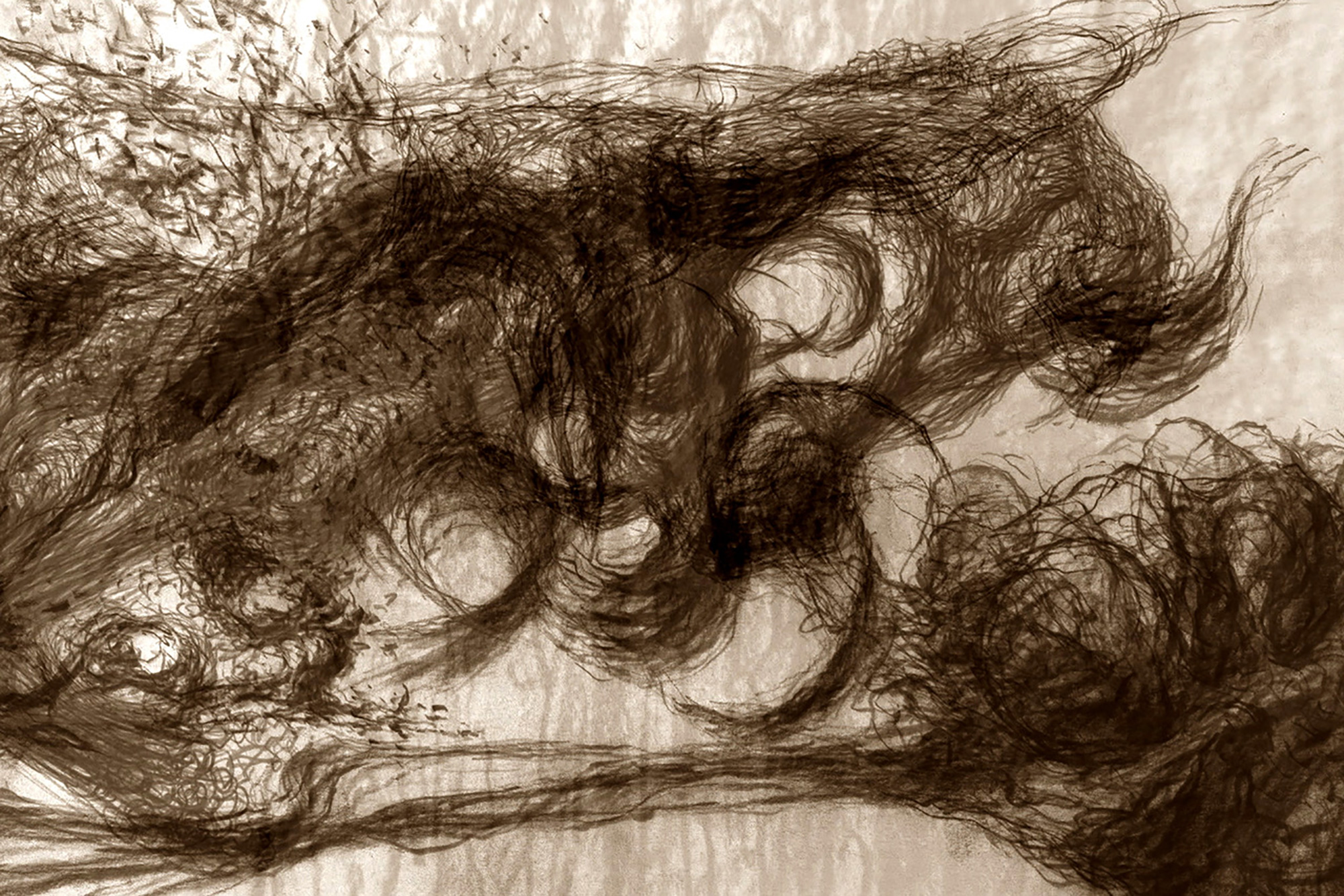 This is a new film by KUROSAKA Keita, an artist who has consistently been releasing drawing animation works in recent years. The “living wall” reshapes itself into various forms like a large fallen tree to a dying monster. This metamorphosis evokes a fascinating sense of freedom though imagination, assisted by the detailed yet unrestrained paint strokes and faint vocal echos. (MURAYAMA Kyoichiro) 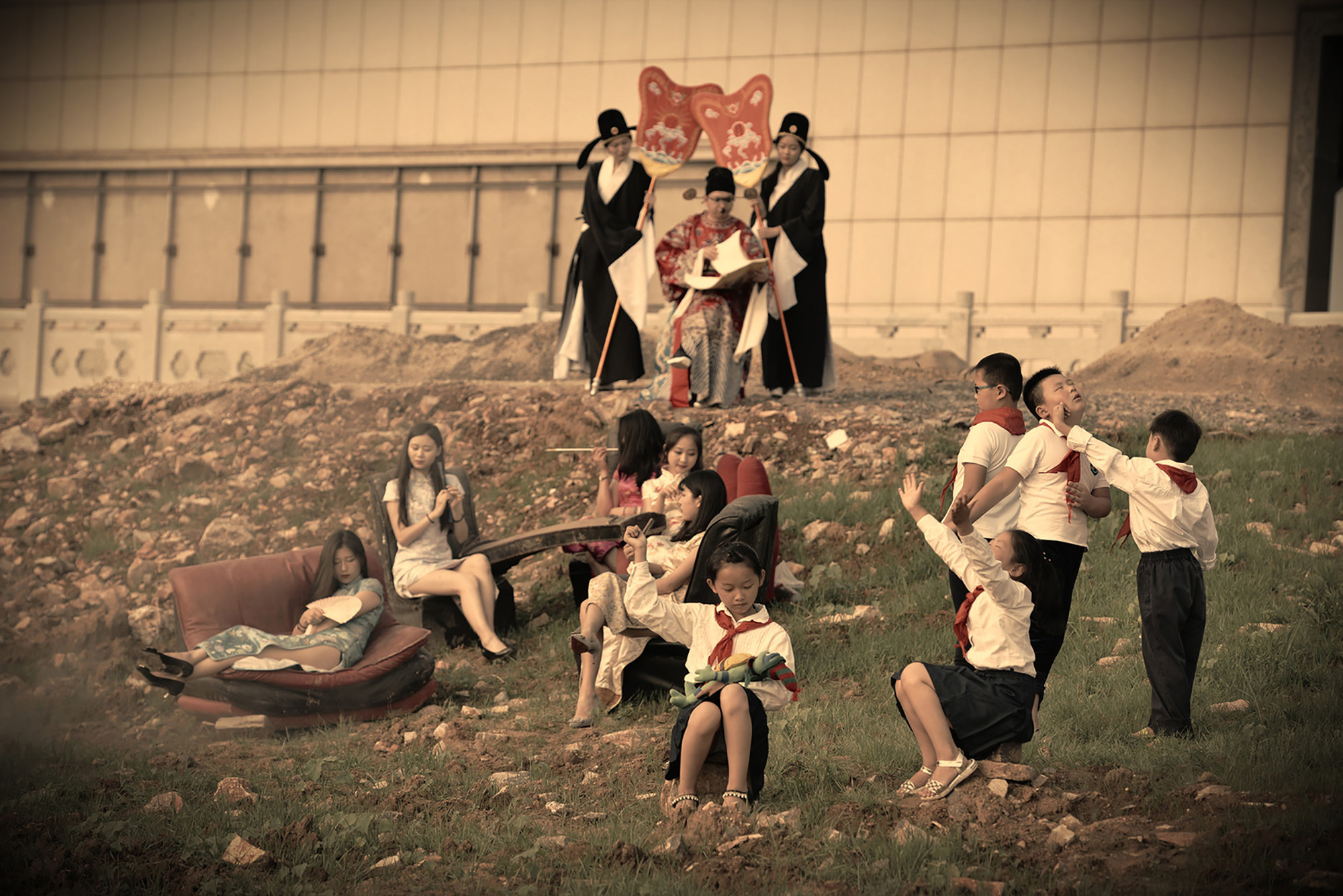 The Honor Among Thieves

This film takes place in China at the end of the Ming Dynasty, whose political corruption and rise and fall have been the subject of numerous films and plays. The film is based on“ Four Thieves Run Riot at the ZHANG Clan’s House to Deliver Justice,” a novel published in 1620 as an advocacy to an enlightened world. The protagonists of four thieves who rebelled against the anarchic world they lived four centuries ago are revived though nine silent-era-film-like scenes in this film. (NAKAJIMA Takashi)