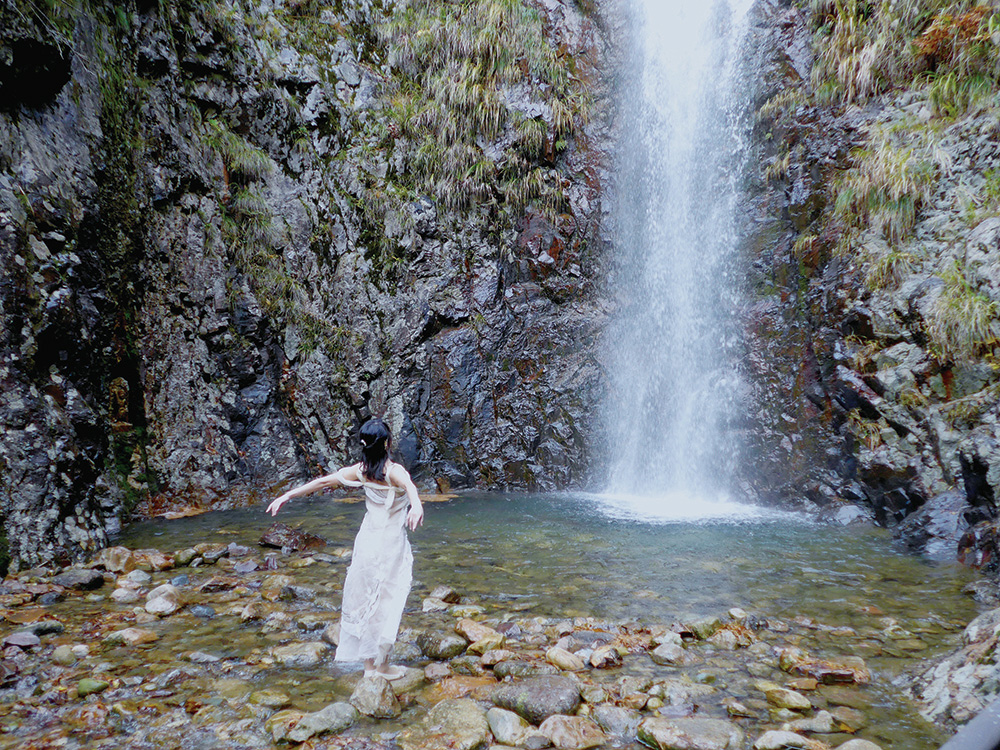 Mystical images of Okuaga are expressed with electronic sounds and a female dancer. A locally made work in which an experimental combination of land, nature, and dance was created in collaboration with a performer and crew who all reside in Niigata.

Currently lives in Tokyo. Began making films when he was a high school student, and has since won various awards. Won the Venice International Film Festival’s Future Film Festival Digital Award for his feature-length drama Hakuchi: The Innocent (1999). As a “visualist” he is also active in a variety of fields such as manga, PC software, and event planning/production. Other major works include MODEL (1987), The Experimental Film (1999), Black Kiss (2005), and The Brand New Legend of The Stardust Brothers (2016).