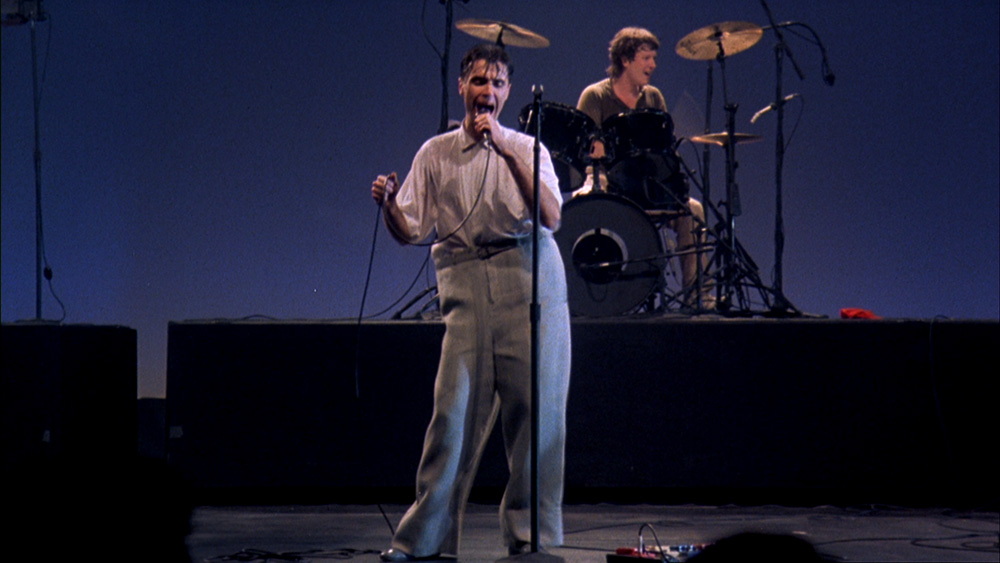 In their heyday, Talking Heads were full of energy and dynamism, starting with the punk movement in New York and continuing through Brian Eno to Bernie Worrell (Funkadelic Parliament), as sound and rhythm evolved, a new kind of music emerged. In this groundbreaking concert film, Jonathan Demme, who would later shoot “Silence of the Lambs,” captures the music that took the world by storm. The film is filled with Demi’s genius and beautiful visual expression and the band’s explosive and exciting music, making it “the greatest rock film ever made! (Rolling Stone),” and was a huge hit in Japan as well, pioneering the music film boom in mini-theaters.
The film was shot at three shows in L.A. in December 1983, and features many classic Talking Heads songs. Band members include David Byrne, Tina Weymouth, Chris Frantz, and Jerry Harrison, as well as Bernie Worrell, Alex Weir, Steve Scales, Lynn Mabry, and Edna Holt.