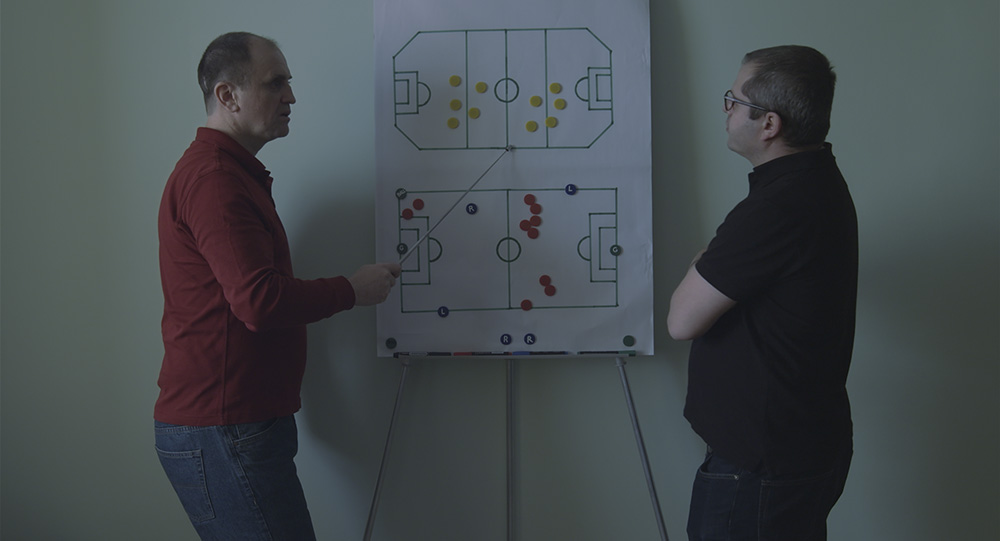 One day, a childhood friend of mine told me that his brother, Laurentiu, had changed the rules of the game of football and he had unsuccessfully tried to promote his new sport. More than ten years ago, Laurentiu had told me also about some new rules that would improve the football game. At that time, I did not take him seriously.
My father was a football player, then he went on to becoming a referee. I also played football during my adolescence, thinking I might one day become a professional player. So, for me, the idea of changing the rules, was close to a heresy. Yet, I was intrigued that he had spent so much time trying to change the rules of football.
I wanted to know the history of Laurentiu’s new sport, from the moment he came up with the idea till present day. Shortly, I realized that a conflict was hiding behind his story – Rules versus Freedom, a theme I’ve always been interested in. So, I had to make a film. In my previous discussions with Laurentiu, I had avoided talking about the rules of his sport, as I wanted to discover them while shooting. With a small film crew, two camera operators and a sound recordist, I went to Vaslui, my hometown and also the town Laurentiu lives in, feeling that even me, as a film director, I would be playing a different game altogether. – Corneliu PORUMBOIU