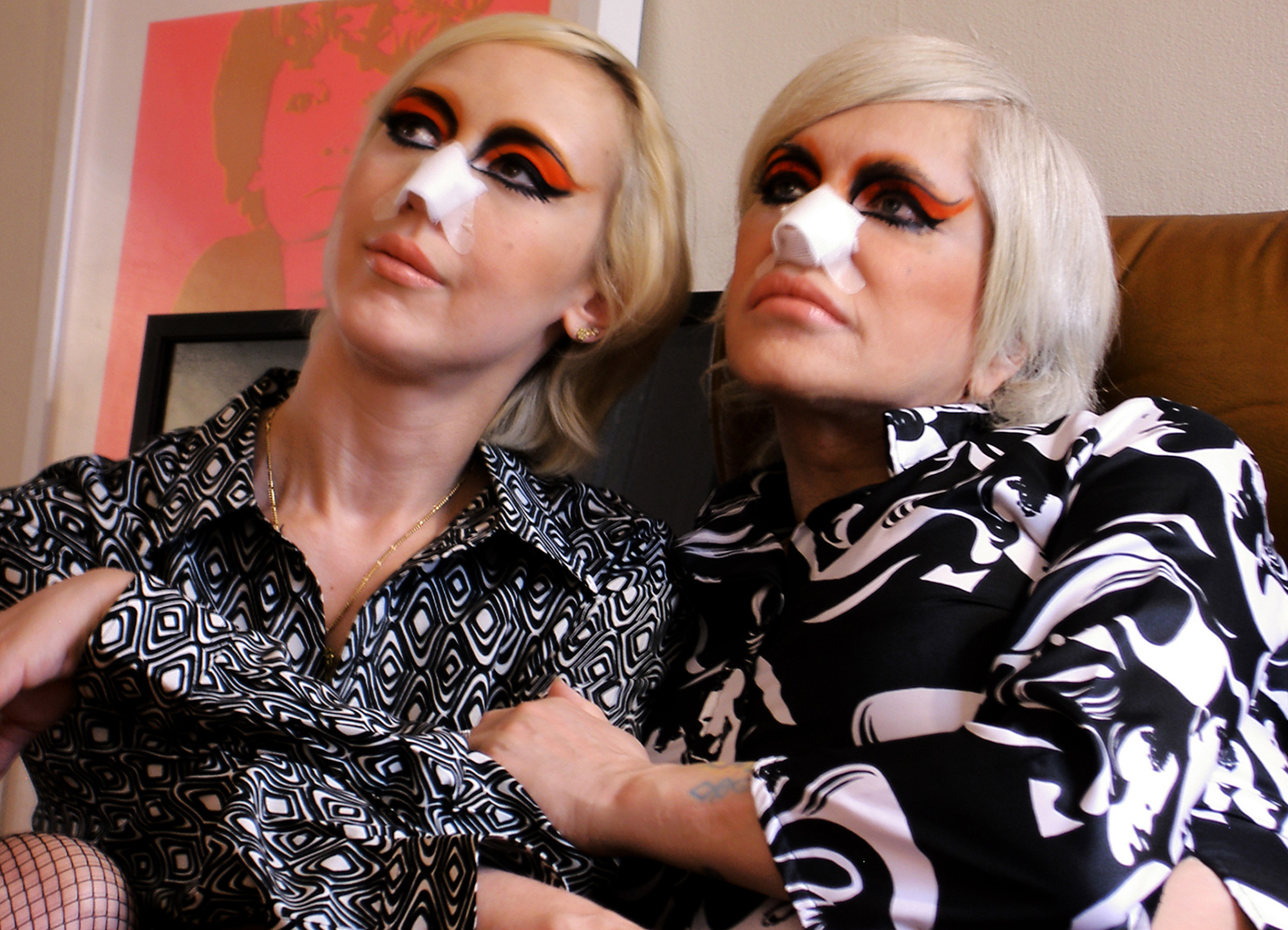 The Ballad of Genesis and Lady Jaye

Genesis P-Orridge has been one of the most innovative and influential figures in music and fine art for the last 30 years. A link between the pre- and post-punk eras, he is the founder of the legendary groups COUM Transmissions (1969-1976), Throbbing Gristle (1975-1981), and Psychic TV (1981 to present), all of which merged performance art with rock music. Celebrated by critics and art historians as a progenitor of“ industrial music”, his innovations have transformed the character of rock and electronic music while his prodigious efforts to expand the boundaries of live performance have radically altered the way people experience sound in a concert setting. But that’s just the preamble to the story. Defying artistic boundaries, Genesis has re- defined his art as a challenge to the limits of biology. In 2000, Genesis began a series of sex reassignment surgeries in order to more closely resemble his love, Lady Jaye (née Jacqueline Breyer), who remained his wife and artistic partner for nearly 15 years. It was the ultimate act of devotion, and Genesis’s most risky, ambitious, and subversive performance to date: he became a she in a triumphant act of artistic self-expression. Genesis called this project “Creating the Pandrogyne”, an attempt to deconstruct two individual identities through the creation of an indivisible third. Tragically, Lady Jaye died in 2007, leaving Genesis devastated, though resilient. Since then, he has ceaseless pursued his physical ideal: a perfect mirror of Lady Jaye’s in- comparable beauty. This is a love story, and a portrait of two lives that illustrate the transformative powers of both love and art. Marie Losier brings to us the most intimate details of Genesis’s extraordinary, uncanny world. In warm and intimate images captured handheld, Losier crafts a labyrinthine mise-en-scene of interviews, home movies, and performance foot- age. The Ballad of Genesis and Lady Jaye documents a truly new brand of Romantic consciousness, one in defiance of the daily dehumanization of the body by the perva- sive presence of advertising and pornography, conveying beauty, dignity and devotion from a perspective never before seen on film.