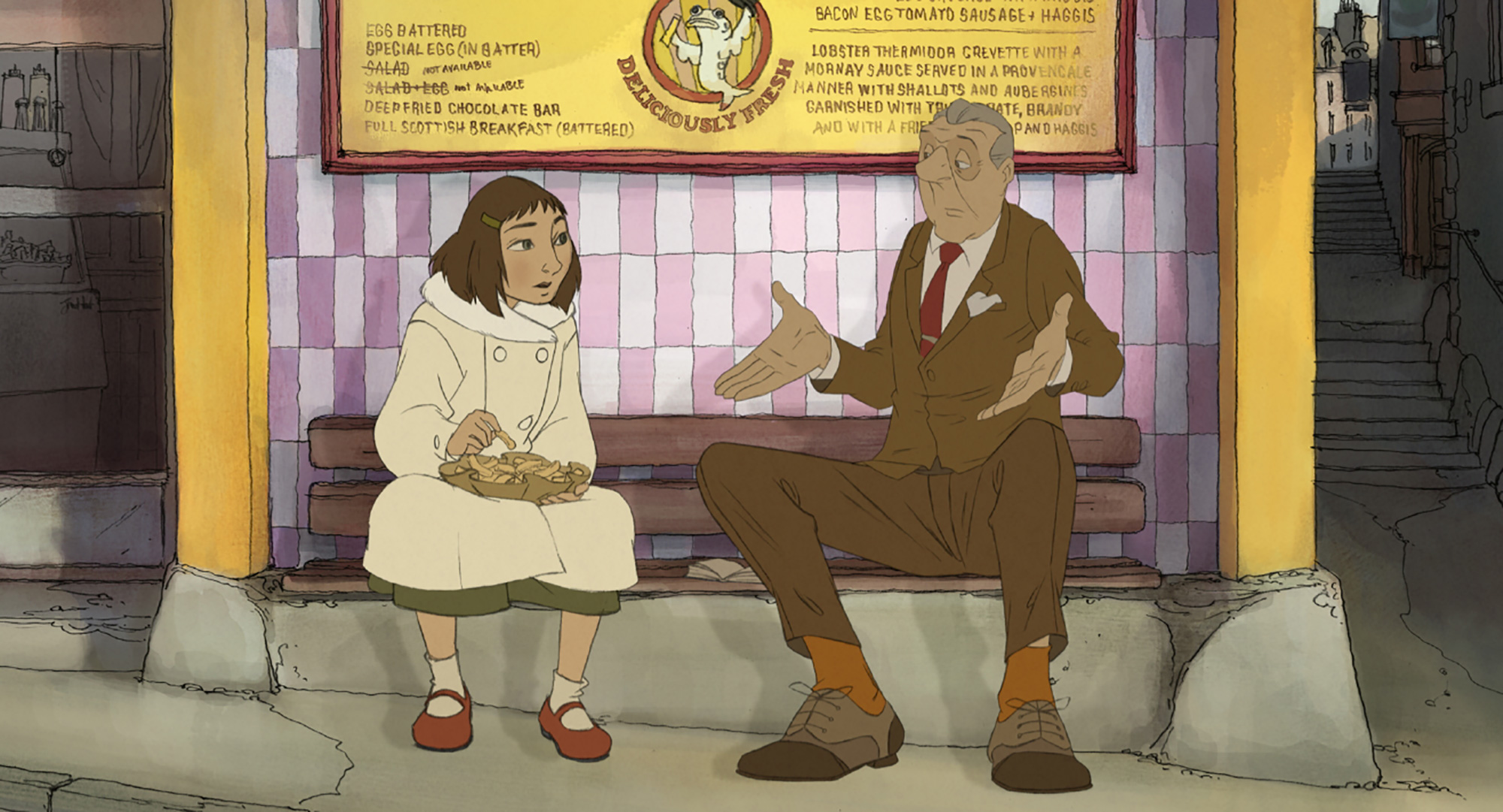 The Illusionist is one of a dying breed of stage entertainers. With emerging rock stars stealing his thunder, he is forced to accept increasingly obscure assignments in fringe theatres, at garden parties and in bars and cafes. However, while performing in a village pub off the west coast of Scotland, he encounters Alice, an innocent young girl, who will change his life forever. Watching his performance to the excited and amazed villagers who are celebrating the arrival of electricity to their remote island, Alice becomes awestruck by our hero and believes his tricks are real magic. Following him to Edinburgh, she keeps his home while he goes to work in a small local theatre. Enchanted by her enthusiasm for his act, he rewards her with increasingly lavish gifts he has ‘conjured’ into existence. Desperate not to disappoint her, he cannot bring himself to reveal that magic does not exist and that buying these gifts is driving him to ruin. But as Alice comes of age, she finds love and moves on. The Illusionist no longer has to pretend and, untangled from his own web of deceit, resumes his life a much wiser man.